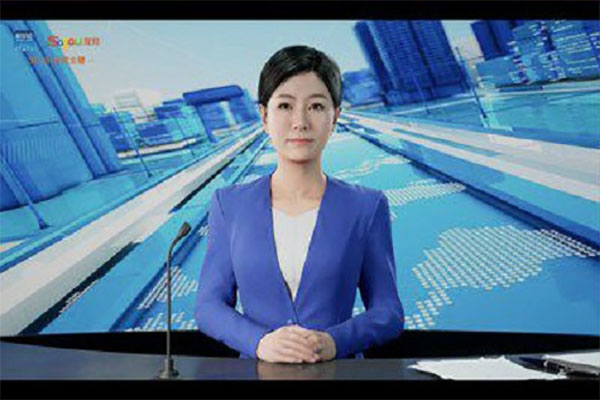 AI can potentially save journalism, or AI is going to take over some writing and take away even more jobs – which is it?

In the optimistic view, the future of journalism could lie in AI, according to a new book from Francesco Marconi, a professor of journalism at Columbia University in New York, Newsmakers, Artificial Intelligence and the Future of Journalism. He was head of the media lab at the Wall Street Journal and the Associated Press, one of the largest news organizations in the world.

The journalism world is not keeping pace with new technologies, so newsrooms need to use what AI can offer and come up with a new business model, suggests Patrick White, a professor of journalism at the University of Quebec, writing about Marconi’s book in The Conversation.  White was the founder of the Quebec edition of Huffington Post, which is managed from 2011 to 2018. He has a range of experience in Canadian print and television journalism.

“AI needs to be at the heart of journalism’s business model in the future,” White writes, noting several examples of how AI is used by newsrooms today. The Canadian Press news agency developed a system to speed up translations based on AI. The Agence France-Presse ( AFP) news agency uses AI to detect doctored photos.

“Artificial intelligence is not there to replace journalists or eliminate jobs,” states White, noting that AI is expected to take over eight to 12% of reporters current tasks. Editors and journalists will reorient to long-form journalism, feature interviews, analysis, data-driven journalism and investigative journalism that the machines so far have not been able to generate.

At the Associated Press for example, AI robots perform basic tasks such as writing two to six paragraphs on sports scores and for quarterly business earnings reports. AI bots help the Washington Post with election results and Olympic results. Bloomberg News has AI robots scanning large databases, seeing alerts as trends or anomalies emerge. The reporters decide which ones to follow up, doing the work of fact-checking, putting the information in context and conducting interviews. “AI can hardly replace this. In this sense, humans must remain central to the entire journalistic process,” states White.

He concurs with Marcone that the media must develop new business models and take advantage of what AI has to offer. New models include: paid subscriptions, paywalls, newsletter, events, podcast and videos. “In this sense, AI is part of a new business model based on breaking down media silos,” White states.

Less optimistic is news that Microsoft recently cut some 50 news production contractors working at MSN and plans to use AI to replace them, according to a recent report in The Seattle Times.  The contractors were recently notified their services would not be required beyond June 30.

They quoted a Microsoft spokesman on the moves: “Like all companies, we evaluate our business on a regular basis. This can result in increased investment in some place and from time to time, redeployment in others.”

Full-time news producers employed by Microsoft will be retained, performing functions similar to those released apparently. Some contractors quoted anonymously said the AI is using algorithms to identify trending news stories from dozens of publishing partners, and is helping to rewrite headlines and add better photos or slide shows to accompany content.

“It’s been semi-automated for a few months, but now it’s full speed ahead,” one of the terminated contractors was quoted as saying. “It’s demoralizing to think machines can replace us but there you go.”

Xinhua, the Chinese state news agency, recently released its latest artificial intelligence 3D news anchor, expanding a growing list of virtual presenters  being developed by the agency, according to an account in UniteAI.

The new AI news anchor, named Xin Xiaowei, is modeled after Zhao Wanwei, one of the agency’s human news presenters.

[Ed. Note: The adjectives warm and fuzzy would not apply to the video demonstration linked to the announcement from Xinhua.]

Xinhua and Sogou have been working on virtual presenters for several years. The digital anchor Qiu Ho was launched in 2018; a Russian-speaking version was added in 2019. At the World Internet Conference in 2018, the companies demonstrated two different AI news anchors, identical in appearance, but one speaking English and the other, Mandarin.

To develop the first models, hours of video footage was studied to replicate the movements,  expressions and other features of real-life anchors. “AI anchors have officially become members of Xinhua’s reporting team,” Xinhua stated in a report released in 2018. The virtual anchors have been used on channels including WeChat, Weibo and Xinhua’s English and Chinese apps.

[Ed. Note: I will take my chances with human anchors for the time being, nothing against animation.]

Read the source articles in The Conversation, The Seattle Times and in UniteAI.