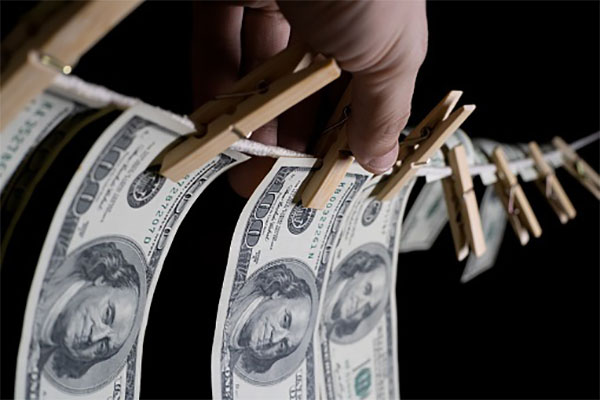 AI is being applied in the banking and the financial industry to meet demands of customers in creative ways, with many startups participating with new technologies and ideas. Here is a review of selected efforts involving AI in finance.

Financial services firms have always struggled with massive volumes of records that need to be handled with maximum accuracy.  Firms focused on technology applied to finance – fintechs – were perfectly positioned to demonstrate what AI can bring to the table.

“AI has been a game-changer for FinTech. Few verticals are such a perfect match for the improved capabilities brought by the AI revolution like the financial sector,” stated author Dr. Claudio Buttice in a recent account in techopedia.

Spending by banks on AI and machine learning was expected to reach $5.6 billion in 2019, according to an estimate from McKinsey.

AI is increasingly being applied to fraud detection, including the fight against account takeovers (ATOs), a cybercrime of identity theft that causes an estimated $4 billion losses each year. Some 40 percent of all frauds that occurred in ecommerce in 2018 were attributed to hijacking of identities virtually. Smartphones are considered the weak link, with mobile phone ATO incidents up 180 percent from 2017 to 2018.

Founded in 2013 in Mountain View, Datavisor has raised $54.5 million so far. CEO and founder Yinglian Xie was recently quoted in a piece in Pymnts.com that the recently approved government Paycheck Protection Program (PPP) is a perfect opportunity for fraud, with businesses seeking a share of the $350 billion in funding in a mad rush.

“That’s what makes PPP a particularly good target for so many types of fraud,” Xie stated. “It’s targeted at small businesses who are applying by the millions all at once with the kind of surge of applications online far beyond what banks would process on a day-to-day basis. And with everyone encouraged to apply online, many banks weren’t ready from an infrastructure perspective on the back end, which delayed the launch or meant it launched with various bugs.”

AI is also being employed in the fight against money laundering, a big challenge for banks worldwide. The criminals use sophisticated methods to try to bypass rules employed by many financial institutions, so they remain undetected.

ThetaRay is based in Hod HaSharon, Israel with offices in New York, London, Mexico City and Singapore. CEO Mark Gazit formed the company with Amir Averbuch, a professor of computer science at Tel Aviv University, and Ronald Coifman, a professor of mathematics at Yale University.

“Artificial intelligence can only detect what it has been taught to know,” Gazit stated in a recent account in LaStampa. “Once it detects something different, it can’t differentiate, since it doesn’t know what it represents. Because the system isn’t aware that it is receiving new information, that’s where crucial data falls between the cracks.”

ThetaRay initially concentrated on cyber security and critical infrastructure, but several years ago saw an opportunity to respond to the rise in complex financial crimes against financial institutions.

ThetaRay’s system looks for “blind spots” in large and complex sets of big data, from a network of accounts in different countries. The system is capable of detecting a financial crime before it occurs, such as by seeing behavior in a network of tens to thousands of people, that could be transactions of small amounts in each case. “As far as I know, we are the only ones in the world able to detect a crime like this,” Gazit stated.

AI is helping banks and credit lenders make smarter underwriting decisions by using a range of factors that can more accurately assess whether traditionally underserved borrowers deserve credit, according to an account in builtin.

Startups working in credit include DataRobot, which provides machine learning software to help financial institutions build accurate predictive models focusing on fraudulent credit card transactions as well as digital wealth management. The system is intended for use by data scientists, business analysts, software engineers, executive and IT professionals. Lender Crest Financial is using DataRobot’s software to help predict which customers have a higher likelihood of default.

Underwrite.ai of Boston analyzes data from credit bureau sources to assess credit risk for consumer and small business loan applicants. Machine learning is used to scour portfolio data to find patterns, helping to determine good and bad applications with higher accuracy. Underwriter.ai maintains it can reduce defaults by 25 to 50 percent. A major online lender providing dental financing reports saw its default rate fall from 17.8 percent to 5.4 percent after use of the Underwrite.ai system, according to an account on the company website.

Read the source articles and reports in techopedia, McKinsey. Pymnts.com, LaStampa and builtin.

Why Your Company Needs White-Box Models in Enterprise Data Science