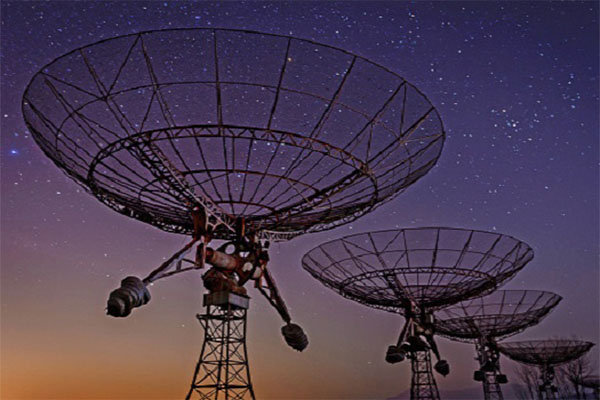 AI is being employed in a wide range of efforts to explore and study space, including the study of exoplanets by NASA, the support of satellites by ESA, development of an empathic assistant for astronauts and efforts to track space debris.

NASA scientists are partnering with AI experts from companies including Intel, IBM and Google to apply advanced computer algorithms to problems in space science.

Machine learning is seen as helping space scientists to learn from data generated by telescopes and observatories such as the James Webb Space Telescope, according to a recent account from NASA. “These technologies are very important, especially for big data sets and in the exoplanet field,” stated Giada Arney, an astrobiologist at NASA’s Goddard Space Flight Center in Greenbelt, Md. (Exoplanets are beyond the solar system.)  “Because the data we’re going to get from future observations is going to be sparse and noisy, really hard to understand So using these kinds of tools has so much potential to help us.”

NASA has laid some groundwork for collaborating with private industry. For the past four summers, NASA’s Frontier Development Lab (FDL) has brought together technology and space innovators for eight weeks every summer to brainstorm and develop code. The program is a partnership between the SETI Institute and NASA’s Ames Research Center, both located in Silicon Valley.

The program pairs science and computer engineering early-career doctoral students with experts from the space agency, academia and some big tech companies. The companies contribute hardware,  algorithms, supercomputing resources funding, facilities and subject matter experts. Some of the resulting technology has been put to use, helping to identify asteroids, find planets and predict extreme solar radiation events.

Scientists at Goddard have been using different techniques to reveal the chemistry of exoplanets, based on the wavelengths of light emitted or absorbed by molecules in their atmospheres. With thousands of exoplanets discovered so far, the ability to make quick decisions about which ones deserve further study would be a plus.

Arney, working with Shawn Domagal-Goldman, an astrobiologist at Goddard Center, working with technical support from Google Cloud, deployed a neural network to compare performance to a machine learning approach. University of Oxford computer science graduate student Adam Cobb led a study to test the capability of a neural network against a widely-used machine learning technique known as a “random forest.” The team analyzed the atmosphere of WASP-12b, an exoplanet discovered in 2008 that had a comparison study done with a random forest technique, using data supplied by NASA’s Hubble Space Telescope.

“We found out right away that the neural network had better accuracy than random forest in identifying the abundance of various molecules in WASP-12b’s atmosphere,” Cobb stated. Beyond the greater accuracy, the neural network model could also tell the scientists how certain it was about its prediction. “In a place where the data weren’t good enough to give a really accurate result, this model was better at knowing that it wasn’t sure of the answer, which is really important if we are to trust these predictions,” states Domagal-Goldman.

The European Space Agency (ESA) is studying how to employ AI to support satellite operations, including relative position, communication and end-of-life management for large satellite constellations, according to an account from ESA.

The ESA has engaged in a number of studies on how to use AI for space applications and spacecraft operations as part of its Basic Activities program. One study examines using AI to support autonomous spacecraft that can navigate, perform telemetry analysis and upgrade their own software without communicating with Earth.

Another study focused on how AI can support the management of complex satellite constellations, to reduce the active workload of ground operators. Greater automation, such as for collision avoidance, can reduce the need for human intervention.

Additional studies are researching how a swarm of picosatellites – very small ones – can evolve a collective consciousness. The method employed explored known results in crystallography, the study of crystals, which may open a new way of conceiving lattice formation, a sub-discipline of order theory and abstract algebra.

AI Helping Astronauts Too; An AI Assistant with Empathy Coming

Astronauts traveling long distances for extended periods might be offered assistance from AI-powered emotional support robots, suggests a recent report in yahoo! News. Scientists are working to create an AI assistant that can sense human emotion and “respond with empathy.”

The robots could  be trained to anticipate the needs of crew members and “intervene if their mental health is at stake.” An AI assistant with empathy could be helpful to astronauts on a deep-space mission to Mars.

Astronauts on the International Space Station have an intelligent robot called CIMON that can interact, but is lacking in emotional intelligence. NASA CTO Tom Soderstrom has stated. A team at the organization’s Jet Propulsion Laboratory is working on a more sophisticated emotional support companion that can help fly the spacecraft as well as track the health and well-being of crew members.

Space debris is becoming a critical issue in space. Scientists count more than 23,000 human-made fragments larger than 4 inches, and another 500,000 particles between half an inch and 4 inches in diameter. These objects move at 22,300 miles per hour; collisions cause dents, pits or worse.

Scientists have begun to augment the lasers employed to measure and track space debris with AI, specifically neural nets, according to a recent account in Analytics India Magazine.

Laser ranging technology was becoming a challenge due to poor prediction accuracy, small size of objects, and no reflection prism on the surface of debris, making it difficult to spot the exact location of fragments. Scientists began using a method to correct the telescope pointing error of the laser ranging system by enhancing certain hardware equipment. Most recently, AI deep learning techniques are starting to be employed to enhance the correction models.

Chinese researchers from the Chinese Academy of Surveying and Mapping, Beijing and Liaoning Technical University, Fuxin have worked to enhance the accuracy of identifying space junk. The team used a backpropagation neural network model, optimized by a proposed genetic algorithm and the Levenberg-Marquardt algorithm (used in curve fitting) to help pinpoint the location of debris. The results showed higher probability of accurately locating debris between three and nine times.

“After improving the pointing accuracy of the telescope through deep learning techniques, space debris with a cross-sectional area of one meter squared and a distance of 1,500 kilometres can be identified,” stated Tianming Ma of the Chinese Academy of Surveying and Mapping, Beijing and Liaoning Technical University, Fuxin.

Read the source articles from NASA, the  ESA, Robotics Business Review, in yahoo! News   and in Analytics India Magazine.

Barclays Innovating in use of AI in Banking