Currencycloud, the application programme interface (API) builder powering UK neobanks such as Revolut and Starling Bank, has raised $80 million in a Series E funding round co-led by Visa and SAP’s venture arm Sapphire.

The London-based start-up has built a set of remittance APIs which enable banks and other financial businesses to integrate money transfer services into their platforms. Now, with a new round of funding under its belt, the fintech is looking to expand beyond its firm market presence in Europe to take on further-afield markets in Asia. 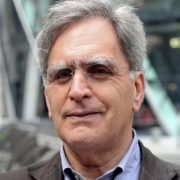 Currencycloud CEO: “We’re probably the most important business that you’ve never heard of”

Similar to Plaid, the API builder recently acquired by Visa, Currencycloud acts as the “plumbing” behind consumer fintechs which also include the Danish neobank Lunar Way, as well as the UK-based banking app Monese. Visa is also a direct client of Currencycloud.

Investors have been pouring money into fintechs focused on back office services as of late. Last year, Checkout.com scored a $230 million round and Stripe raised a similarly huge $250 million.

“We’re a piece of embedded finance in the tech stack,” Currencycloud CEO Mike Laven tells CNBC. “It’s not as sexy, but it’s an incredibly good business.”

The firm’s latest funding also attracted the likes of Google, the investment arm of the World Bank, French lender BNP Paribas and Japanese bank SBI – which was once part of SoftBank.

Visa’s treasurer, Colleen Ostrowski, will join the Currencycloud’s board following the capital injection.

“We’re probably the most important business that you’ve never heard of,” says Laven. “But that’s conscientious on our part. We do not have a strategy where we compete with our customers.”

Laven says the ‘behind the scenes’ market is “much larger than the consumer business” and “more profitable” even if it is “harder.” The fintech is yet to become profitable, but Laven says that it can grow more before focusing on this feat.

“Our emphasis right now is not on profitability, our emphasis is on the strength of our offering and an expansion into other markets,” he says.

Currencycloud claims that its 85 APIs have been used to transfer more than $50 billion between around 180 countries, for an array of services from inbound money collection to foreign exchange to digital wallet services.

By the end of 2019, the fintech says it was working with more than 350 companies. It has raised a total of $140 million in funding so far.

White paper: Payments outsourcing: Pros, cons and considerations that should be on your radar