Human thought has always been central to creativity. This has been true through development of printing presses, gramophones, cameras, camcorders, typewriters, word processors, photo editing software and many other tools invented over centuries.

Maybe AI changes the game, suggests a recent account in TechTalks based on a reading of “The Artist in the Machine: The World of AI-Powered Creativity,”  by Arthur I. Miller. Not that the book asserts AI will replace human creativity, but that AI is bringing change to the creative arts.

Key advances include: AI-assisted art, including an application called style transfer. Well-trained neural networks map the style of one image onto another. First proposed in 2015 by Leon Gatys in a paper titled, “A Neural Algorithm of Artistic Style.” It allows for example a photograph to take on the style of a van Gogh painting. Gatys is affiliated with the University of Tuebingen, Germany.

Style transfer has caught on, finding commercial applications in social media platforms. “I want to have a machine that perceives the world in a similar way as we do, then to use that machine to create something that is exciting to us,” Gatys is quoted as Miller’s book.

Another innovation is Pix2Pix, an AI algorithm that can convert a rough sketch into a real photograph. The Dutch broadcasting network NPO developed Pix2Pix as part of a project to use AI to analyze human creations and turn them into lifelike paintings. It uses a specialized form of generative adversarial network (GAN), which have been used in many creative AI projects, including creation of a painting that sold for $432,000.

“Pix2Pix empowers people who may not have the requisite motor skills and technical skills to express their creativity,” stated Phillip Isola, the creator of Pix2Pix. “It allows mixing of science and art together, offering a means to show data in a way that’s provocative, emotional, and compelling.”

Read about how to use Pix2Pix at tom’s guide.

Inventors Need to Be People in Europe

The discussion of whether AI will replace human creativity continues. The European Patent Office recently turned down an application that described a food container, because it was created by AI. The applicable law says inventors need to be actual people, according to an account in Fast Company written by Tim Schweisfurth, associate professor for Technology and Innovation Management, University of Southern Denmark, and René Chester Goduscheit, professor of Technology and Innovation studies, Aarhus University, Denmark.

The authors outline how AI is being used in the creative process, notably in GANs applied to pictures. “But even if machines can create innovations from data, this does not mean that they are likely to steal all the spark of human creativity any time soon,” the authors state. “Even if machines cannot replace humans in the creative domain, they are a great help to complement human creativity.”

Chinmay Kakatkar from Ludwig Maximilian University of Munich, and a senior data scientist at Fineway of Munich, a firm working on smart travel, was lead author of the paper.

The interaction of poetry and physics was the pursuit of poet Amy Catanzano when she created “World Lines: A Quantum Supercomputer Poem.” which translates the quantum theory behind a topological quantum computer in both its word choices and its visual structure, a practice Catanzano calls quantum poetics. “My aim was to write a poem that served as an imaginative and rigorous site of interaction between poetry and physics,” she stated in a recent account in Physics.

She describes poetry as a nuanced and complex form of language that goes beyond simple dictionary definitions of individual words. Poems use rhythm, visual structure, line breaks, word order, and other devices to explore invisible worlds, alter the flow of time, and depict the otherwise unimaginable, states Catanzano, who is also an assistant professor of English at Wake Forest University in Winston-Salem, N.C..

World Lines is happening in phases, with phase one nearly complete. She is writing more quantum supercomputer poems in phase 2, and in phase 3, she is working to bring World Lines into a 3D environment and art installation. In August 2019 on a visit to CERN, she spoke with Joao Pequenão, head of the MediaLab at CERN and a multimedia storyteller, about her goal. He suggested using gaming technology, AI, machine learning and virtual reality software to bring the poem into a 3D environment.

While phase 1 of World Lines is complete, I am writing other quantum supercomputer poems in Phase 2. For phase 3, I am taking steps to work with scientists to bring World Lines into a 3D environment and art installation. In August 2019, during my second site visit to CERN, I spoke once again with Joao Pequenão, head of the MediaLab at CERN and a multimedia storyteller, about my goal. He suggested the possibilities of using gaming technology, artificial intelligence, machine learning, and virtual reality software to bring the poem into a 3D environment.

“I imagine an environment through which the reader moves, writing the poem as they walk,” Catanzano stated, in the hopes that poetry can help physicists develop a more effective language to describe the complex ideas of quantum physics.

Artist Mario Klingerman, who has used Pix2Pix to transform portraits into award-winning paintings, sees machines with AI as having a better opportunity than humans to create. Humans build on what they have learned but machines can create from scratch, he suggests, stating, “I hope machines will have a rather different sort of creativity and open up different doors.”

Read the source articles in TechTalks, Fast Company and in Physics.

AI Tools Will Help Us Make the Most of Spatial Biology 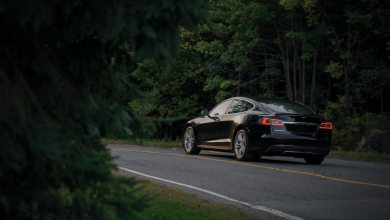 You’ll Probably Have To Drive Your AI Self-Driving Car. Here’s Why 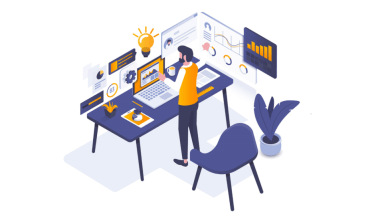 Why are online app makers an ideal solution for app reselling businesses? AI in Business Strategy: Transforming Businesses for the Better 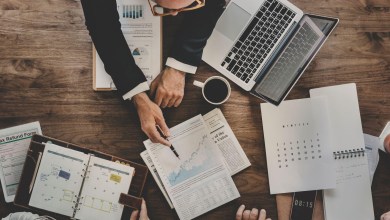 The Revolutionary Use of Technology in the Hotel Industry