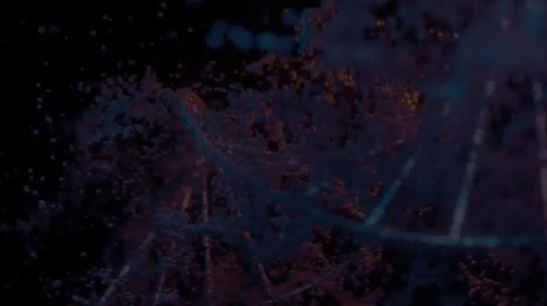 The science industry has mostly been monopolized by a few centralized institutions that control nearly every aspect of research and development thereby shaping the ideas and innovations that come to the fore. The biotech industry, for instance, is worth an estimated $1 trillion and VC (venture capital) investment in the industry has more than doubled over the past decade yet most companies that make up the industry are clustered in a handful of cities with in-house research and development teams.

The majority of these companies are based in the U.S., Europe, and Asia with Boston, San Francisco, London, and Beijing as leading global hubs for biotech innovation.

Another science-based industry that is highly centralized is the pharmaceutical sector which is mainly dominated by a few companies that have their research headquarters in the U.S., Europe, and Japan.

The centralization of these industries has led to an imbalance in where innovations occur and who gets to reap the benefits that come with them.

A recent study shows that although regions like Africa, Asia, Latin America, and the Middle East are home to over 80% of the world’s population, they only account for less than 2% of global biomedical research output.

The vast majority of scientific research is still being done in the global north, even though many problems faced by people in the south are more pressing and in need of urgent solutions.

The current centralized model of science is not only exclusive, but it’s also slow and unable to keep up with the pace of change we are seeing in the world today. The globalized nature of problems we face today requires a new level of collaboration that can only be achieved through a decentralized network of innovators and creators.

A decentralized network of scientific research would allow for a more equal distribution of resources, ideas, and talent. It would also create new opportunities for the cross-pollination of ideas and collaboration between scientists from different parts of the world.

The centralized model of science has been the norm for centuries, and it’s been largely successful in delivering major innovations. Centralization has allowed for the concentration of resources, talent, and ideas which has led to rapid progress in science and technology. However, while centralization was once the best way to organize science, it is no longer the most effective way to solve the complex problems we face today.

The pharmaceutical industry is a prime example of an industry that is ripe for decentralization. The centralized model of drug discovery and development has been criticized for being slow, risk-averse, and inefficient.

The process of taking a new drug from discovery to market can take up to 15 years and cost billions of dollars. This is mostly because the majority of research is conducted by in-house teams at large pharmaceutical companies.

The centralized model also favors drugs that are profitable over those that are needed but may not be as profitable. For example, there are currently no treatments for certain neglected tropical diseases (NTDs) because the market for these drugs is too small to justify the investment required for their development.

The Potential of a Decentralized Science Industry

A decentralized network of research and development could help to address some of the limits faced by centralization.

To begin with, decentralized models (while largely experimental) can lower the barriers to entry and be more nimble than large centralized organizations.

In addition, a decentralized network can allow for the involvement of a greater diversity of scientists and provide access to a wider range of expertise and funding sources.

This is important because it has been shown that diverse teams are more innovative and have a higher success rate for developing new products. Thus by harnessing the talent of a more diverse pool of scientists, the development of new and effective drugs or innovations could be accelerated.

Several companies are using distributed networks of labs to develop new drugs and technologies. These companies have developed a business model in which they partner with research institutions around the world to gain access to their facilities and expertise.

The Science DAO, for instance, is a welcomed reprieve in the world of scientific innovation. This DAO is built to operate as a decentralized incubator engine whose purpose is to accelerate and empower scientific inventors, entrepreneurs, and institutions.

In the wake of Covid-19 restrictions, a Dallas-based commercial real estate and investment firm moved to build flexible coworking spaces to accommodate smaller teams. An increasing trend of the decentralized organizational model has even seen some companies give up physical labs altogether in favor of virtual ones that entail outsourcing research processes.

All in all, a decentralized framework in science-based industries creates a more open, efficient, and cost-effective science and technology industry.