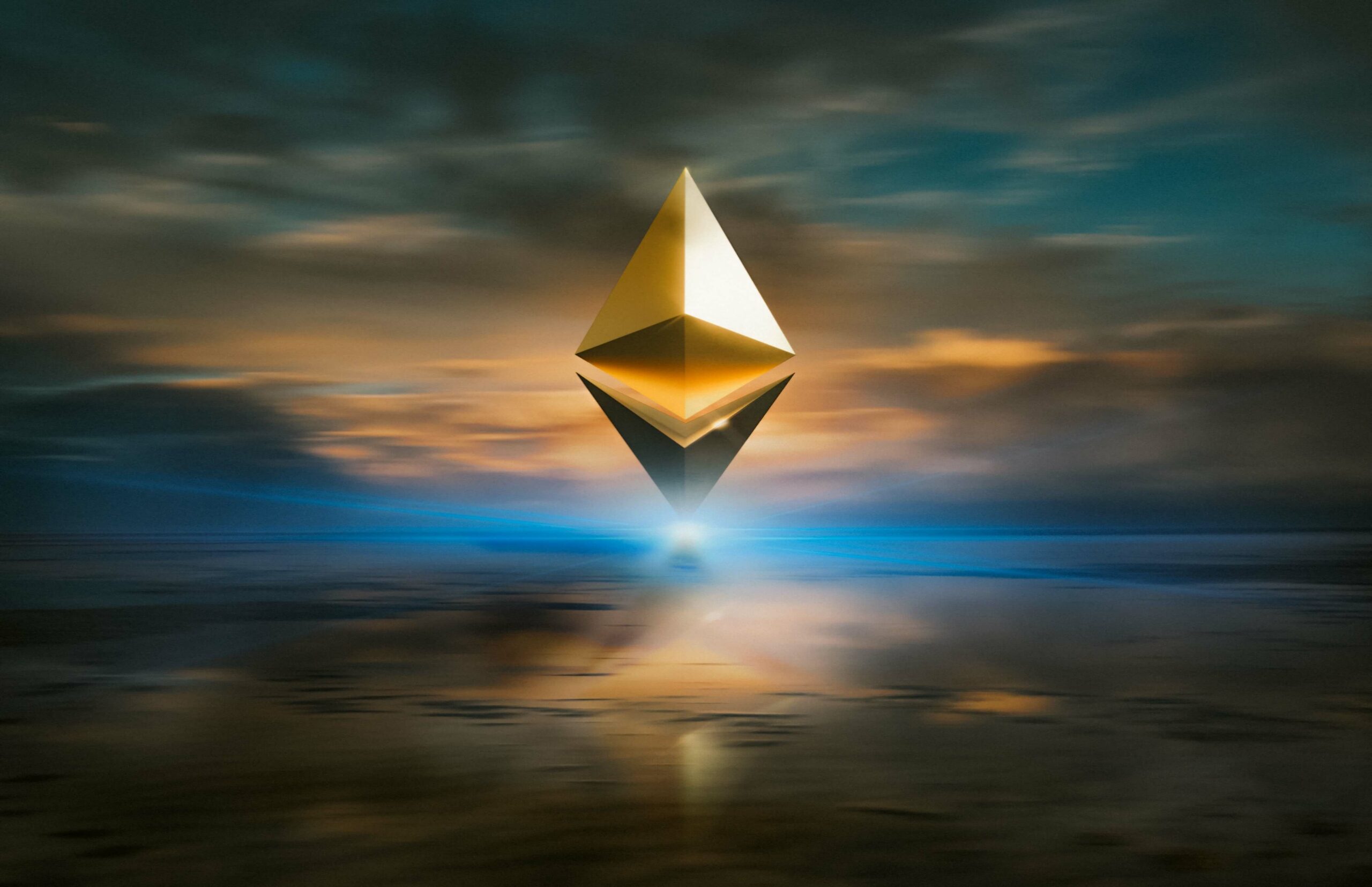 In the six years since the start, Ethereum has given blockchain developers opportunities to build protocols and applications for just about any use case. However, Ethereum is far from perfect, and there are other platforms hoping to achieve its success by eliminating the flaws. In this guide by the ChangeHero team find a review of all of the alternatives that are nicknamed “Ethereum killers”!

What is Ethereum and its use cases?

Ethereum itself is a distributed blockchain network capable of executing smart contracts, which power everything from tokens to sophisticated applications. This range made it possible to develop solutions such as stablecoins and self-executing contracts, making DeFi possible.

Decentralized finance (DeFi) includes a vast array of services and apps that operate with the help of blockchain and cryptocurrencies. It’s been around for years but truly gained recognition in mid-2020, and even now about 90% of it is on Ethereum.

With each year, more and more applications are built on Ethereum, which positively affects the price of its native currency. To use a stablecoin, mint an NFT or utilize an application, the user has to pay the network fee in ETH.

For a more detailed breakdown of Ethereum and ETH, we recommend checking out our Beginner’s Guide.

Now (at the time of writing) Ethereum price is $2,579.03 according to CoinMarketCap.

If Ethereum is so good, why are there Ethereum killers? Obviously, it is not perfect.

What is the “Ethereum killer”, anyway? It is a nickname given to networks that can perform most functions of Ethereum but also have a competitive advantage.

In Ethereum, scalability bottlenecks remain largely unsolved on the main chain even after six years in mainnet development. At this point, layer-two solutions like Plasma and optimistic rollups are a better alternative but they require more development acumen.

Because of low throughput (15 transactions per second) and increasing demand, Ethereum users compete to get their transactions processed faster. As a result of this feedback loop, network fees get higher for everyone.

Ethereum as a Proof-of-Work blockchain is also a target of criticism in the debate of ecological impact of cryptocurrencies.

To make sure it’s always online and properly synchronized, the network relies on miners, who solve cryptographic hashes using computing power. Miners always have to get more equipment and use more electricity to stay competitive and gain the rewards.

Eventually, Ethereum is supposed to migrate to the Proof-of-Stake (PoS) model which won’t require mining to operate. However, the plans to change to PoS have been around for years, and don’t seem to be coming to fruition any time soon.

One of the possible reasons is that updates have to be locked in by miners, and discussions can take a while. Then, the network undergoes a hard fork on a set day, so everyone can update: otherwise, they won’t be able to use it.

What Ethereum alternatives 2021 are trying to take its crown? Let’s review the most popular and see what they try to fix.

Polkadot is one of the most recent but also advanced Ethereum alternatives.

In Polkadot Proof-of-Work is replaced with Nominated Proof-of-Stake (NPoS), in which validators and nominators are chosen from the pool. This lowers the barrier to start earning rewards and significantly reduces the energy consumption.

Polkadot even at the base layer can process 1,000 transactions per second, and sidechains scale the network even further. To code smart contracts and applications, developers can use languages ranging from Rust to JavaScript.

Another noteworthy feature of Polkadot is flexibility, thanks to which the network doesn’t need to hard fork. This is where DOT comes in, because this token is needed for voting.

DOT was launched in August 2020, right at the height of the DeFi summer. It was too new to gain recognition and rise in price immediately, but in late 2020 it went on the bull run, too.

The Cardano blockchain is one of the first among Ethereum killers.

Can Cardano replace Ethereum? Eventually, but not yet: they have just entered the stage of development which will introduce smart contracts.

Unlike Ethereum, Cardano has operated on Proof-of-Stake since the very beginning. Among Ethereum competitors, it is also one with a higher number of stake pools (2,756 according to Cardanoscan).

With L2, Cardano potentially can work faster than Visa at 65,000 transactions per second. Their development can move somewhat slowly with formal methods and peer reviewing, but they have a clear roadmap in place.

Therefore, for now, the primary purpose of ADA, besides value transfer, is for staking. How did it affect its price for the last two years?

Another alternative to Proof-of-Work Ethereum is Delegated Proof-of-Stake Tezos. The architecture of the network supported smart contracts on launch, so unlike Cardano, Tezos could compete with Ethereum right away.

While 40 tps that Tezos can support on the base chain don’t seem very fast, it is still more than two times Ethereum’s throughput. Tezos uses a unique programming language, OCaml, which can identify blocks, protocols and transactions — main components of a blockchain structure.

Outreach and awareness campaigns are carried out by Tezos Foundation, a non-profit organization. They scored a few large partnerships, like collaboration on digital currency with Societe Generale or City of Reno, where the Burning Man festival is held.

What else Tezos has to offer? You can read in our Beginner’s Guide to Tezos!

In 2021 it experienced some strong volatility and peaked at $8.40 on May 7. Tezos has been collaborating with celebrities and music distributors to offer NFTs on a platform alternative to Ethereum.

At the moment of writing XTZ price is $3.26 according to CoinMarketCap.

Ethereum alternatives that launched in 2020 have had the luxury to account for DeFi as it is now in their design. Solana is one of those “Ethereum killers” created with this emerging fintech sector in mind.

The main advantage of Solana in comparison to Ethereum is throughput: up to 50,000 transactions per second. This speed is achieved thanks to the combination of PoS and unique Proof-of-History consensus algorithms.

There is more to learn about this novel blockchain, and we covered all you need to know in our guide.

Community and grant winners are developing swaths of DApps on Solana, mostly DeFi-oriented, like DEXs and AMMs. Many of them are the easiest to use with the native currency SOL.

After crashing from the peak, it managed to regain most of the losses from the correction and SOL price is $37.56 at the time of writing.

The network that got the closest to being an Ethereum killer 2021 is Binance Smart Chain. It is an Ethereum virtual machine-compatible chain that launched in 2020.

The compatibility means developers can build apps in the same way they would on Ethereum or simply migrate. Binance Smart Chain is also fully interoperable with Binance Chain, which has supported BNB since 2018.

You can find the full history and all details about BSC, BC and BNB in a guide from ChangeHero.

With such a sharp BNB price rise, no wonder new Ethereum killers appear so often! Now, at the time of writing, BNB price corrected to $353.25.

EOS is an open-source platform for DApp development developed by Block.one. It launched in 2018, when the design flaws of Ethereum became obvious and Ethereum killers started to emerge.

By default, it does not suffer from bottlenecks Ethereum deals with because of PoS. Independent reviews proved that EOS can successfully achieve 4,000 transactions per second.

EOS Public Blockchain uses Delegated Proof-of-Stake and stake-weighted voting. It means EOS coin holders not only can stake it to get rewards but also vote in proportion to their stake.

In September 2020, Block.one launched a PowerUp model, in which users can power up their accounts with EOS and collect network fees.

At the time of writing EOS price is $4.95 and it ranks 27th according to CoinMarketCap.

What is the best alternative to Ethereum? There is no conclusive answer because all reviewed networks can do some things better but have their own trade-offs.

It is still important to have Ethereum killers because competition helps products improve: if not for it, Ethereum wouldn’t progress. It’s hard to predict the future, everything changes rapidly in the crypto world, and in a few years Ethereum might be dethroned.

Related Topics:BlockchainCryptocurrencyEthereum Killers
Up Next

Difference Between Cash and Ether