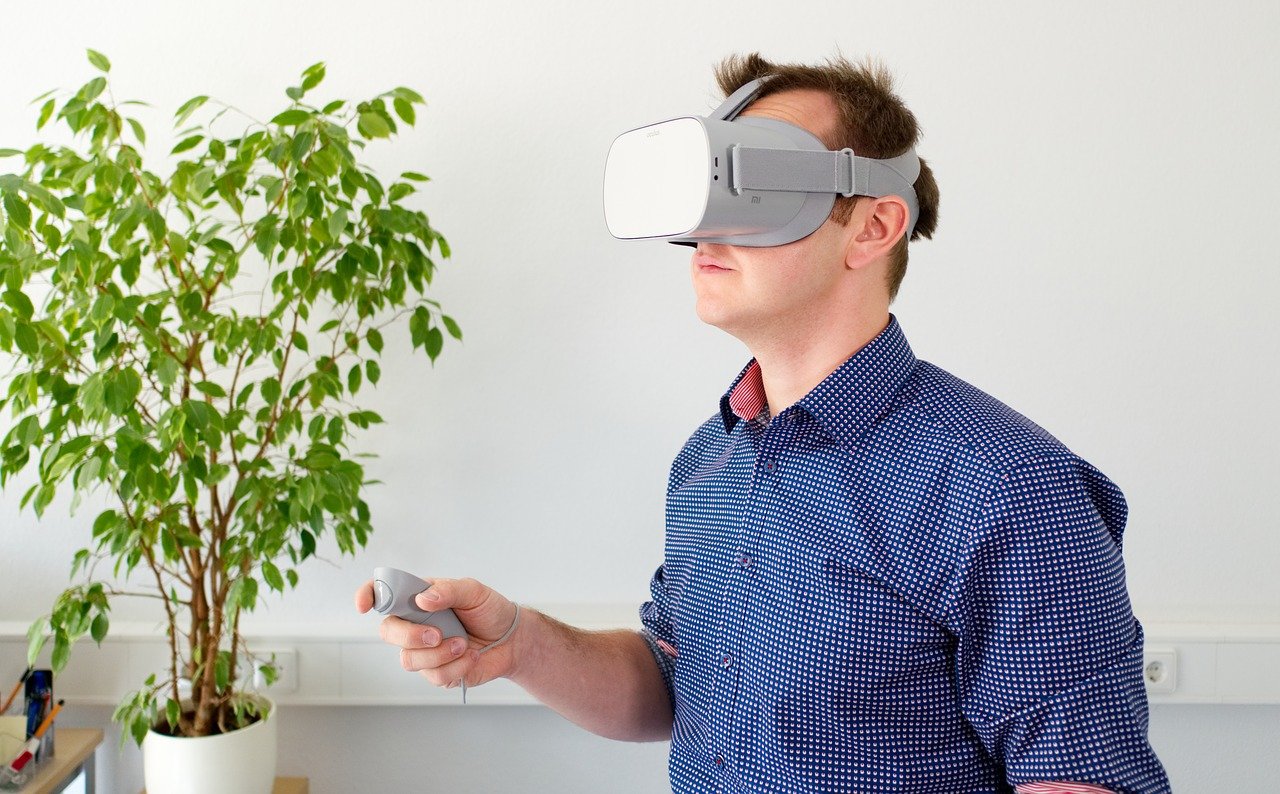 Virtual reality (VR) is a simulated experience that can be similar to or completely different from the real world. Applications of virtual reality include entertainment (e.g. video games), education (e.g. medical or military training), and industrial purposes (e.g. designing new products).

How does virtual reality work?

Virtual reality technology creates a simulated environment that you can interact with in a seemingly real way. This interaction is made possible by two key components: a headset and sensors that track your movements.

The headset, which is also known as a head-mounted display (HMD), is worn like a pair of goggles and contains both lenses and screens that display the virtual world. The lenses allow for a wide field of view and block out the physical world around you. The screens display high-resolution images that trick your brain into thinking you’re in another place.

The sensors track your movements and relay them to the virtual world, allowing you to interact with it. Common types of sensors include optical tracking (using cameras), position tracking (using lasers), and inertial measurement (using gyroscopes).

Technology has advanced and now there are multi user virtual reality environments through which different users can participate.

What are the different types of VR headsets?

There are four main types of VR headsets: tethered, standalone, mobile, and eye-tracking. Tethered headsets are connected to PCs or game consoles via wires and offer the most immersive experience. Standalone headsets self-contained units that don’t need to be connected to anything and are powered by batteries. Mobile headsets use smartphones as their screens and are the cheapest option. Eye-tracking headsets track the user’s eye movements to provide a more immersive experience.

What are some of the benefits of VR?

VR has a number of potential benefits, including:

VR can help improve learning by providing a more immersive experience than traditional teaching methods. VR can be used to teach students in a range of subjects, from history to science. For example, medical students can use VR to learn about surgery, and soldiers can use VR to train for combat.

VR can help people come up with new ideas by allowing them to explore different scenarios and possibilities.

VR can help people communicate better with others by giving them a shared experience. For example, two people can be in different parts of the world but still interact with each other in a virtual environment.

VR is becoming increasingly popular for gaming and movies. Some airlines are even starting to offer VR entertainment as an in-flight option.

VR is being used in a range of healthcare applications, from pain relief to mental health treatment. VR can be used to treat conditions such as anxiety and depression by providing a safe and controlled environment for patients. VR can help people relax and reduce stress by providing an escape from the real world.

It is also being used to help people with disabilities.

VR is being used to create virtual tours of destinations around the world. This allows people to explore places they may never have the opportunity to visit in person.

Virtual reality has become increasingly popular in recent years, thanks to its ability to create immersive and lifelike experiences. VR can be used for a variety of purposes, including entertainment (e.g. video games), education (e.g. medical or military training), and industrial purposes (e.g. designing new products).

Potential uses for VR in the future