Wouldn’t it be exciting to live like how people in science fiction movies do? Well, that thought may certainly sound too optimistic for reality. However, believe it or not, the world is almost on the brink of a technological paradigm shift. Computers are now doing all the research, mobile phones are keeping a track of our schedules, and gadgets may soon be driving our cars too. Futurists are already making wild bets on what the world will achieve in the not-so-distant future with new Technologies. Here’s a quick look at a few trends that may drive it all.

Human-like robots will make it big

Yes, robots would include all kinds of features like facial recognition, text to speech and other functions. They will make tracking and surveillance more prevalent, enhancing the safety factor for users. The features will go beyond the basic manual, bureaucratic, and cognitive labour techniques. We could expect more real experiences and functions.

Aren’t we too accustomed to the whole concept of computers being operated with our hands? Just as the Gen Xers get comfortable with keyboards and mouses, the new trend of no-touch interfaces would be a refreshing chapter in technology. Whether it is Microsoft’s Kinect or Apple’s Siri, it is time to let the computers adapt to our sensibilities.

Driverless cars would be a reality

Google has already embarked upon this remarkable journey, and their driverless car has managed to successfully drive 1609 kilometres without human commands. It is powered by artificial intelligence that relies on inputs from the video cameras, sensors and some radars attached to different parts. Until this technology becomes accessible to the masses, this dream continues to allure the consumers.

Advancements in Technologies are sure to help the world leapfrog to a virtual world. Our need to predict creates fantasy, and we will soon be making these far-fetched ideas come to life for changing the human race irreversibly. 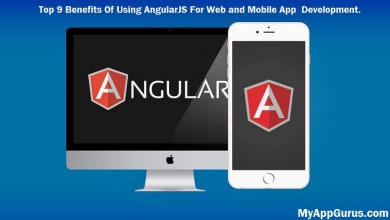