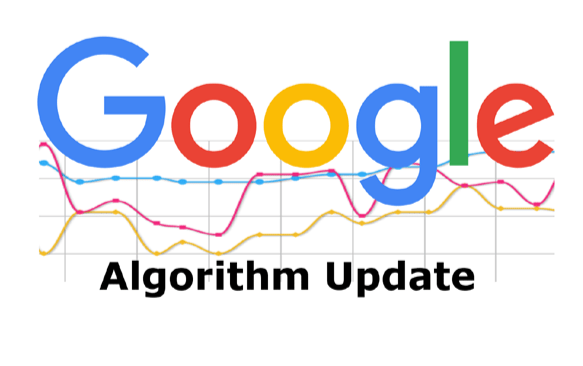 We talked to SEO expert Clint L. Sanchez with BlakSheep Creative about this update for SEOs and web admins.

“This is a big one,” says Sanchez. “Probably the biggest in years.”

The update is live now, and we have already seen some changes in the SERPs.

Here’s what you need to know about the May 2022 broad core update.

There are no specific changes that have been announced with this update. However, Sanchez predicts that we will see “big changes” in the SERPs.

“Google is constantly tweaking their algorithms, but every now and then they release a broad core update that can have a major impact on search results,” Sanchez explains.

What does this mean for SEOs?

Sanchez says that SEOs need to be prepared for anything when a broad core update is released.

“You never really know what’s going to happen until the update is live and we start seeing changes in the SERPs,” Sanchez says.

“But, generally speaking, it’s a good idea to make sure your website is up-to-date and following best practices.”

What does this mean for web admins?

Web admins should also be prepared for anything when a broad core update is released.

“Make sure your website is up-to-date and following best practices,” Sanchez advises. “And, keep an eye on your search traffic and rankings to see if there are any changes.”

“Since it’s been six months since the last broad core update in November 2021, and we’ve seen a lot of algorithm updates in between, it’s possible that we may see some significant changes with this update,” Sanchez adds.

“You never really know until the update is live, so it’s important to be prepared for anything.”

Those who have been diligently improving their site since the last core update may begin to notice some significant changes in search rankings.

On the other hand, those who have not been making any changes may see a decrease in their rankings.

“If you haven’t made any changes to your website since the last update, now is the time to start,” Sanchez says. “Google is constantly changing and evolving, so you need to keep up with those changes to make sure your website is visible in the search results.”

“Broad core updates are always a good reminder of the importance of SEO and why it’s so important to keep up with the latest trends and changes,” Sanchez concludes.

What we’ve seen so far:

“Although it’s only been a day since it began rolling out, we’re already seeing some early data and observations from the SEO community.”

“Some people are reporting positive changes while others are noticing negative impacts on their traffic.”

“My main site is up about 3-4% in organic traffic today.”

“I’m seeing some good movement on a few of my sites today. Still early, but traffic is up ~5% since this update began.”

“My site is up significantly since the update started yesterday. It’s a newish site, only about 6 months old.”

“I’m seeing some movement, but it’s all negative so far.”

“I’m not seeing any changes yet, but I’m expecting some negativity based on what I’m hearing from others.”

Overall, it seems that this update is having a mixed impact on websites, with some seeing positive changes and others seeing negative changes.

We will continue to monitor the situation and update this post as we learn more.

Have you seen any changes on your website since the update began rolling out? Let us know in the comments below!

“We’ve already detected numerous indications that this May 2022 core upgrade is off to a good start. With Google search results, overnight, a number of the tracking tools (not all yet) experienced significant volatility.” 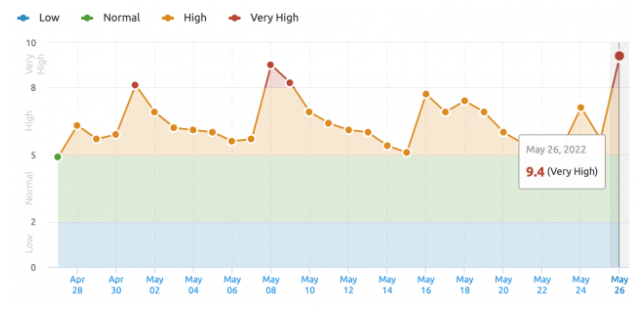 Also, the buzz has increased considerably. The conversation shifted from things like “oh no, there was a Google core update announced” to “oh no, my site’s rankings plummeted dramatically.”

Some of the early analysis is that this May update seems to be more about quality than anything else. With that said, here are some of the early observations and things we are seeing:

At this point, it’s still early to say definitively what this update is all about and what Google is targeting. We will continue to monitor the situation and provide updates as we learn more.

Here are the most important things that we know right now in short form:

What Should I Do If I’m Impacted By This Update?

“If you’ve been impacted by this update, the best thing that you can do is to focus on producing great content. Google is looking to reward sites that have high-quality content, so that should be your number one priority.”

If you see a drop in traffic or rankings, don’t panic. It is very common for volatility after a Google update. Focus on producing great content and wait for the update to finish rolling out.

“The overall goal of this update appears to be to reward sites that have high-quality content. Therefore, if you can create content that is better than what is currently ranking, you stand a good chance of seeing your rankings improve.”

“Of course, this is easier said than done. If you’re struggling to create content that is better than what is already out there, you may want to consider hiring a professional writer or content marketing agency. Creating great content takes time and effort, but it is worth it if it means that your site will be rewarded with better rankings and more traffic.”

“In the meantime, you can also keep an eye on our blog for more information about this update and other Google updates as they are announced. We will continue to monitor the situation and will provide updates as we learn more.”

“As with any other core update, all we can do is wait and see how this update pans out. We will keep you updated with any major changes or new information that we discover.” 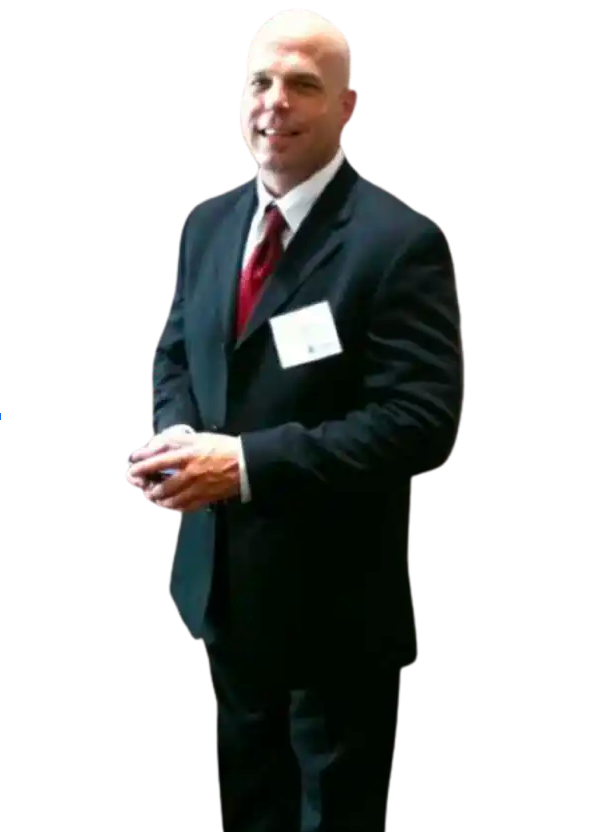 Clint is the founder and SEO guru at BlakSheep Creative, a digital marketing agency based in Denham Springs, Louisiana. He has over 20 years of experience in the industry and specializes in SEO, content marketing, and social media marketing.

You can connect with him on Twitter or LinkedIn. You can also email Clint at [email protected].