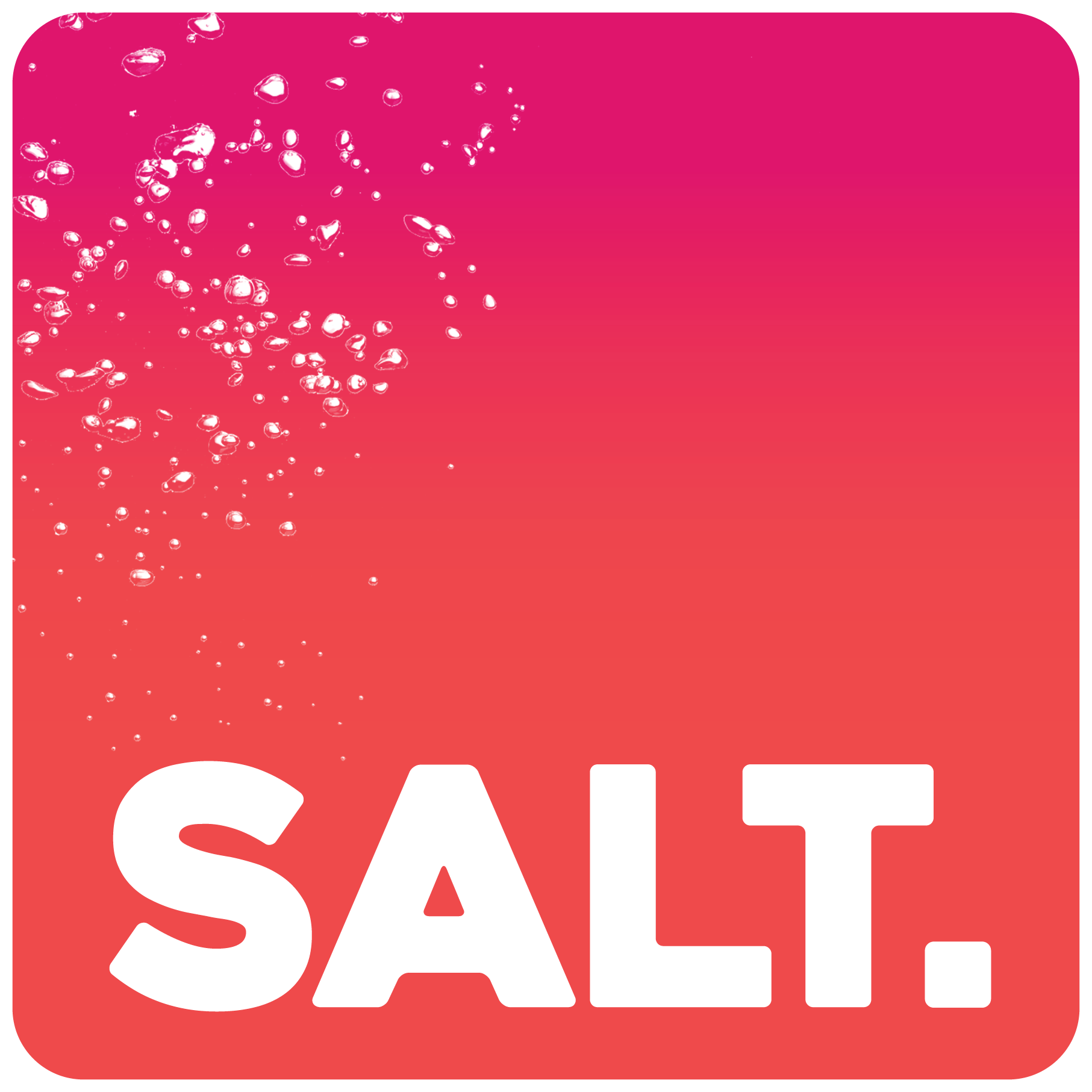 The Los Angeles City Council voted Tuesday to prohibit homeless people from setting up tents within 500 feet of schools and day-care centers, during a raucous meeting where protesters shouted down council members and, at one point, brought the meeting to a halt.

The new restrictions, approved on an 11-3 vote, dramatically expand the number of locations where sleeping and camping are off-limits. And they come amid a furious debate over how the city should respond to encampments that have taken hold in many parts of the city.

Audience members repeatedly chanted “shut it down” as Councilmember Joe Buscaino, a longtime proponent of increased enforcement, attempted to speak in favor of the restrictions. Council President Nury Martinez then stopped the meeting for more than an hour so police could clear the room.

After audience members had exited, council members reconvened, discussed the measure and voted.

“I think people were intent this morning to shut this place down and keep us from doing the very job that we were all elected to do,” Martinez said before the vote. “And that, I think, is incredibly disturbing.”

Under the new restrictions, people would be prohibited from sitting, sleeping, lying or storing property within 500 feet of every public and private school, not just the few dozen selected by the council over the last year.

Councilmember Marqueece Harris-Dawson, who represents South Los Angeles, voted against the restrictions, telling reporters they would move the city toward an “inhumanity that is beneath the citizens of the city.”

Councilmember Mike Bonin, another opponent of the restrictions, said city leaders should devote their energy instead toward improving programs that aid homeless Angelenos, such as those that help people with housing vouchers secure an apartment.

“We need to have a relentless, exclusive focus on getting people indoors,” said Bonin, who represents coastal neighborhoods from Los Angeles International Airport north to Pacific Palisades.

Councilwoman Nithya Raman, whose district includes the Hollywood Hills, also voted against the proposal. A second and final vote will be required next week.

Bonin predicted the changes would result in a roughly tenfold increase in the number of sites subject to enforcement, taking it from more than 200 to about 2,000. The city’s supporting documents on the proposal did not give a clear figure showing how many sites would be covered.

Los Angeles Unified School District officials told The Times that about 750 school sites are within the city limits, a figure that does not include private or parochial schools. Nearly 1,000 commercial day-care businesses are registered with the city’s Office of Finance, although it’s not clear whether all of those locations would be covered by the city’s new law.

Tuesday’s vote came more than two months after Alberto M. Carvalho, superintendent of the Los Angeles Unified School District, made a surprise in-person appearance before council members to ask for the new restrictions. Parents and school staff have also spoken out in favor of the changes, saying they have observed erratic or even violent behavior on or near school campuses.

Martha Alvarez, who oversees government relations for the school district, told the council that L.A. Unified had found 120 campuses with encampments over the last year.

“These conditions are a public health hazard,” she said. “They are unsafe and traumatic for students, families and staff as they enter school campuses.”

Buscaino also spoke in favor, saying he has already been working to open more beds for homeless people across the city.

A woman and schoolchildren walk past a homeless encampment near Larchmont Charter School in August 2021.
(Francine Orr / Los Angeles Times)

Foes of the proposal have repeatedly argued the council’s restrictions would effectively outlaw poverty, leading to the deaths of homeless Angelenos. Prohibiting encampments around schools, they said, would simply push people and their belongings a block or two away.

“There are a lot of people who are struggling right now, and we should be helping them,” said Andrew Graebner, appearing before the council.

The council’s actions also drew opposition from PATH, or People Assisting the Homeless, which builds low-income housing with supportive services. Tyler Renner, a spokesman for the organization, said the restrictions would waste time and city resources.

“Enforcement of anti-camping ordinances … only displaces people and makes it harder for trained outreach staff to establish trust again,” he said in a statement.

The new restrictions come as city officials are gradually closing one of the signature programs set up to help the homeless during the COVID-19 pandemic: Project Roomkey, which turned multi-story hotels into makeshift shelters.

Those facilities allowed the city to bring far more people indoors than it had before, at a time when the congregate shelter system, where many people sleep in a single room, had to operate well below capacity under social distancing guidelines.

L.A.’s crackdown on homeless camping off to slow start with little enforcement

The Mayfair Hotel, which provided 252 rooms under the program, recently ended its participation. The L.A. Grand Hotel downtown and the Highland Gardens Hotel in Hollywood, which provided a combined 553 rooms, are scheduled to cease operation as Project Roomkey sites at the end of the month, according to Brian Buchner, the city’s homelessness coordinator.

The Airtel Plaza Hotel, which has provided 237 rooms, is set to end its participation in the program on Sept. 30.

Buchner said there are “active discussions” at City Hall and the Los Angeles Homeless Services Authority about extending the deadline at one or more of those facilities.

Tuesday’s vote represents a shift in the city’s approach on enforcement of its anti-camping law, reducing the amount of discretion wielded by individual council members and establishing a more sweeping policy. That’s a major contrast from last summer, when backers of the law pitched it as a narrow and targeted measure, with enforcement accompanied by offers of services from outreach workers.

Over the last year, permanent metal signs setting deadlines for homeless people to leave have been posted at more than 200 locations, 33 of them schools or day-care centers. At some locations, tents and makeshift shelters have remained weeks or months past the deadline, as outreach workers struggled to persuade people to move voluntarily.

Although some sites are now clear of tents and encampments, others later had more people living on the sidewalk than they did when outreach workers initially assessed the spots.

City and county officials, along with homeless services providers, previously told The Times that an insufficient number of outreach workers and a lack of interim housing options have hindered the implementation of the law.

Foes of the council’s homelessness strategy have repeatedly called for the restrictions on sidewalk camping to be rescinded. Some of those critics are now leading candidates in the Nov. 8 election.

Get the lowdown on L.A. politics

In this pivotal election year, we’ll break down the ballot and tell you why it matters in our L.A. on the Record newsletter.

You may occasionally receive promotional content from the Los Angeles Times.

Accountant Kenneth Mejia, front-runner in the race to replace City Controller Ron Galperin, said the new rules would render about one-fifth of the city’s sidewalks off-limits to homeless people. On social media, he has repeatedly criticized the city’s anti-encampment law, which focuses not just on schools and day-care centers, but also requires that sidewalks offer 36 inches of passage for wheelchair users.

The new anti-encampment law is also an issue in other contests. Civil rights lawyer Faisal Gill, now running to succeed City Atty. Mike Feuer, has previously promised not to enforce the ordinance, saying it is unconstitutional and will be struck down by the U.S. 9th Circuit Court of Appeals.

Gill’s opponent, attorney Hydee Feldstein Soto, declined to take a position on the measure when contacted by The Times.

“The validity, interpretation and enforceability of the [anti-encampment] ordinance will certainly come before the next L.A. city attorney,” she said in a statement. “And if I am the city attorney, I would want the opportunity to consult with my clients — L.A. City Council — before taking a fixed position.”

One citywide contest where there is some agreement on the council’s approach is the race for mayor. U.S. Rep. Karen Bass and real estate developer Rick Caruso, both running for mayor, have come out in favor of the restrictions on encampments near schools and day-care centers.

California declared a monkeypox emergency. What are the Sacramento-area counties doing?