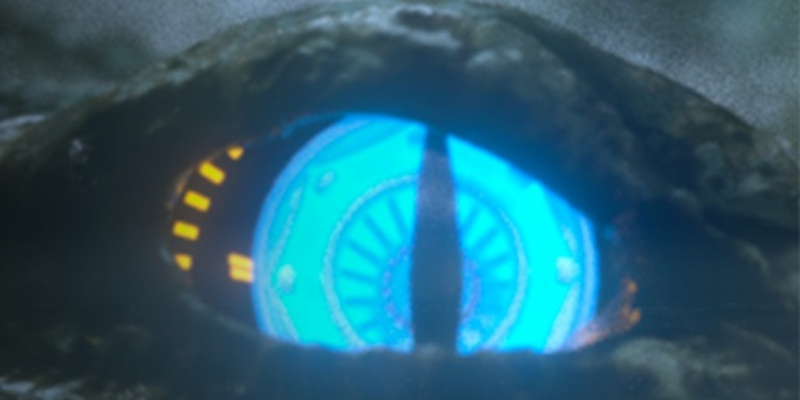 The luxury brand Lacoste has ventured into the exciting world of Web 3 with the launch of UNDW3 (pronounced underwater). This launch comes after its collaboration with Minecraft, which saw the first immersive projection of Lacoste in a virtual world called Croco Island.

Lacoste has innovated and revolutionized the fashion and sports world for about a century. Now, the company is advancing toward Web3 with these first steps in the form of the UNDW3 universe. This will allow its community to participate collectively and actively in the embodiment of its Fashion-Sport vision and push back the limits even further.

With UNDW3, Lacoste is changing the way customers interact with them and their entire brand experience by allowing the community members of the company with the emblematic crocodile to take ownership of Lacoste in a new creative way.

As a first step towards this new move, the company launched its dedicated discord server earlier this month to inform the community of all the innovations happening in the Lacoste universe.

The community is excited to take a deep dive and be part of this collective experience, as evident from the fact that in just 48 hours of the launch, the discord server managed to attract more than 30,000 subscribers.

The Discord launch was just the preamble, and Lacoste is now ready with the big guns and running an NFT sale. Lacoste has its first NFT drop, whose sales will begin on June 14, Tuesday, at 12:12 pm CET for members of the community who were able to get their hands on the Lacoste Lists until Wedsnesday 11:00 pm CET. Then it will be time for the winners of the raffle to mint on the 15th June, at 16:12 pm CET. There will be more winners than available NFT. So, make sure to be there on time and check if you are a winner on https://www.premint.xyz/UNDW3/.

This NFT drop comprises 11,212 pieces available at 0.08 ETH, excluding network fees. The number 11,212 is in reference to the iconic L1212 polo shirt invented by the brand’s founder, René Lacoste. The NFTs feature the image of the crocodile emerging from the water.

“UNDW3 attests to our desire to accompany the phenomenon of decentralization driven by Web3 and bears witness to our ambitions in this area as well as to the power of our brand: to bring together our communities and connect cultures around the crocodile, a true rallying sign throughout the world, by proposing an experiential, interactive and co-creative universe, in the image of Lacoste’s creativity and avant-gardism,” said Catherine Spindler, Chief Brand Officer of Lacoste.

As a Lacoste NFT holder, you will get privileged access to its Web3 universe, which is imagined as a long-term collaborative community. Holding the NFTs will further allow you to access a pioneering ecosystem and digital, physical, and experiential benefits in the world of the crocodile, such as co-created products exclusively for them.

With this move, Lacoste aims to connect different communities and cultures and bring together NFTs, Lacoste fans, and pop culture enthusiasts.

By minting a Lacoste NFT, you become a member of the UNDW3 community, which will grant you exclusive access to products and content created by the community for the community.

According to the Lacoste team, its Web3 community members will get to be a part of the future where Lacoste continues to push the boundaries of fashion and sport by creating a collaborative framework between the community and the brand.

To mint the NFT, you can start by becoming a part of the Lacoste List by either following the company’s Web3 ecosystem or being active in the discord community. Another way to mint the NFT is by getting lucky, meaning you can win an NFT at the premint.xyz raffle.

Another way to purchase an NFT is through the public sale on popular platforms OpenSea or LooksRare, where you can mint up to 3 NFTs.

But remember, you need at least 0.1 ETH in your digital wallet, such as MetaMask or Coinbase Wallet, to pay for the NFT and the gas fees on the Ethereum blockchain, which depends on the network traffic at a given time.

Ethereum is a permissionless blockchain accessible to everyone and requires holding its native crypto asset, Ether ($ETH), to pay the miners who record it on the blockchain. So, make sure you have your ETH transferred from the crypto exchange where you bought it into the wallet.

Lacoste has just begun to dip its toes into the world of Web3, and UNDW3 is only the first phase of development. The company’s cryptocurrency efforts will continue over the next few seasons.

Founded in 1933, Lacoste has always relied on its authentic sports heritage to bring optimism and elegance to the world through its unique and original lifestyle for women, men, and children.

It is an international brand from MF Brands Group, established in 98 countries, throughout a network of 1100 shops. Already this year, the brand has launched its new flagship store, Lacoste Arena. Located at the heart of the emblematic Avenue des Champs-Élysées, the Lacoste Arena creates unique experiences that combine entertainment and digital innovations.

The company is committed to a more sustainable fashion, an innovative, ambitious co-construction approach, and has designed a space for Lacoste Arena dedicated to Durable Elegance.

Much like how Lacoste has been liberating self-expression and imbuing an emotional connection with its pieces, the company plans to do the same in the Web 3 space with its digital universe, which will allow the community members to experience collaborative fashion.