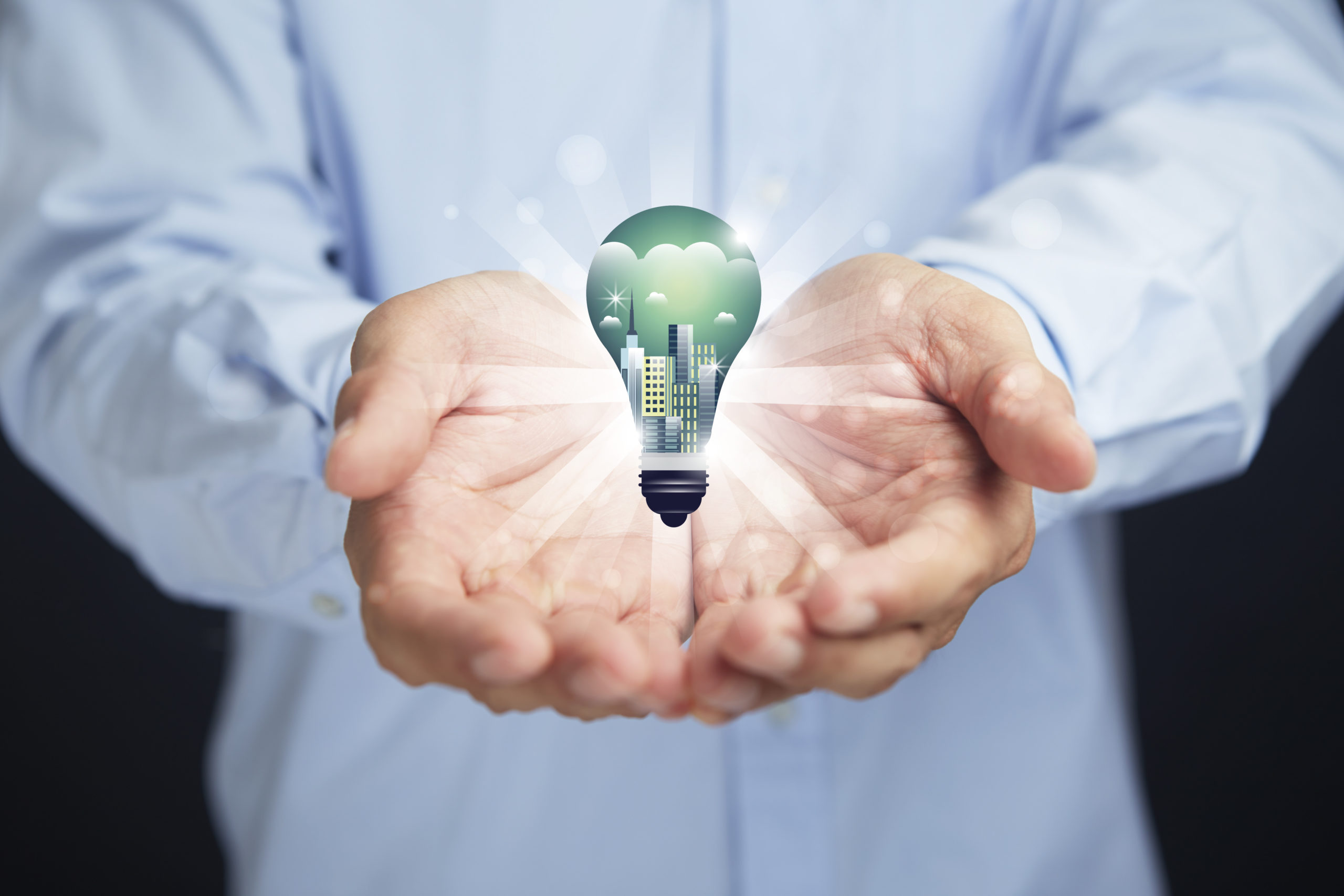 New market share opening on the horizon that is ripe for the takings that is currently estimated at over 80 Billion USD and rising by 14% annually, the market could be disrupted by the convergence of additional layers merged by AI, blockchain, cybersecurity and quantum computing and the correct policies implemented to attract and host large corporate clients based on a strategic package meaning companies would stay within the Republic of Moldova for a 10 to 20 year term in order to enjoy the full benefits and profitable returns.

At the Annual Investment Meeting, Dubai on the 10th of April, Henrik von Scheel the leading authority on competitiveness highlights with Lee Gibson Grant in the Plenary Session on How to Compete for Investment in Industry 4.0. that “In order to compete with the today, the countries needs to identify how leverage the Industry 4.0 to build  differentiating capabilities that increase productivity and GDP,” says Mr von Scheel. “ Mr Grant continues that there is a direct link stronger than ever before between trade, investment and competitiveness”.

On the 11th of May at Moldova’s 1st International Blockchain Summit from which a Private Workshop is being hosted: Creating the future of Moldova (2-3 hours) by Henrik von Scheel

Henrik von Scheel who is best known as the digital strategy for the German Federal Ministry of Economics & Technology, named the “Digital Agenda”. The European Commission adopted it in 2010 as part of the Europe 2020. Today, the “Digital Agenda” is one of Europe’s seven flagship – responsible for 5% of GDP, with a market value of €660 billion annually.

Lee Gibson Grant Co-Founder of Digital and Distributed Technology Moldova Association and Founder of DT X Project (next generation of Drachmae Project, Greece 2015) Communications 4.0 and Industry 4.0, Recently confirmed from Executive Committee of ATU Gagauzia (Gag avzyeri) Republic of Moldova as joint venture with the local administration to digitize Ceadir-Lunga Free economic Zone in order to Construct the next generation of resources to cater for CryptoCurrency mining and Blockchain IT Park which will consist of Energy 4.0, Smart city and Industry 4.0.

The two authorities are on a mission to combine the next 4th Industrial Revolution phase and the new economic silk road for trade a ambitious proposal for the Central Government of Moldova, that expands into multiple sectors like a merkle tree indirectly and positions Moldova as the most prefered IT Hub thats geolocated in the centre of the CIS and EU regions.

No, it’s not “Blockchain the Game changer“ blockchain role would be a layer of security and additionally as tamper proof registry.

So what will make Moldova the game changer in this global market sector?

Central Bank “National Bank of Moldova” and the Republic of Moldova Central Government will be the key players to the success of targeting this billion dollar global sector, due to specific policies that would be required and other sureties for foreign investment protection would be required.

Indirectly this makes Moldova a viable opportunity due to existing untapped infrastructure and legislation that has been implemented via its Free Economic Zones and the Government’s focus on the ICT sector to boost international investment and local job creation.

The largest infrastructure value Moldova provides with it’s ranking in the top 5 of fastest internets in the world and can provide affordable data centres within the Free Economic Zones would spark vast investment into the 100s of Millions USD and 1000s of job creations across the several free economic zones around Moldova and reducing service operational costs with large discounts on hardware and construction that will benefit Global corporations.

“Globally Free Economic Zones worldwide handle US$ 3.5 trillion worth of exports annually, Moldova’s Free Zone currently sit at the lowest part of contribution to the global market share”. It’s dually important to note that if the Central Bank and Government agreed to such a proposal and the reforms for policy to cater to this set market trend this will also have a domino effect on several other markets such Artificial Intelligence, Quantum Computing, Cyber Security, Advance Data Analytics  and Blockchain.

Now the latest discussed technology of Blockchain which plays a small part in the main proposal, but if the reforms of Policy would happen, Moldova would indirectly be applying policy that also impacts and disrupts the blockchain sector globally.

Currently Switzerland is leading the market trend by being the prefered host country and relaxed regulatory approach for startups who are fundraising in the Format of ICO’s “Initial Coin Offerings” from which the global investment into the technology for the first quarter of 2018 equates to 6.8 billion USD, which is 200,000 USD less than Moldova’s total Estimate GDP of 2017.

With recent announcements from Belarus for the IT Park and legislation for Blockchain has shown that other region are trying to make advancements, but are they being prudent on how they make policy and legislation or is this just a hasty buzzword grab that could potentially expose larger risks in the near future.

By implementing a strong policy targeting the 80 billion USD sector that could cannibalise into Switzerland’s position around blockchain and potentially make Belarus IT Park obsolete in the near future, one target area that would be also gained would be the indirect friendly support for Blockchain and the Fintech sector which is already being carved up with Frankfurt and Paris pushing hard to capture the banking sector away from London after Brexit which leaves an extensive opportunity from the technology development and Startup Scene.

The next wave of blockchain Technology could generate an additional $1 trillion in global trade, the World Economic Forum.

Making Moldova and Virtual IT Parks a place to be for start ups that are working on AI/Blockchain, Cybersecurity/Blockchain and many more areas that could be mentioned that venture into the Trillion Dollar Global markets therefore the financial Impact and Job Creation within Moldova would explode over the next 10 years aligning itself with the current governments push within the ICT Sector.

But the larger question to be asked is if these two pioneers Henrik von Scheel and Lee Gibson Grant with the combined drive and knowledge would be able to attract the attention and support from both the National Bank of Moldova and Central government or would this be systematically over looked.

Could this be too visionary for Moldova’s Economic Growth and be offered to a secondary Government that is is more determined with financial stability and foreign investment, it’s for sure the private audience and discussion will happen with the Secretary of State of ICT Vitalie Tarlov which will be concluded around the time of the 11th of May during the Moldova’s first blockchain Summit.

On the 10th of May already organised is a Private audience which is being held with Vadim Ceban and other officials from Gagauzia region of the Republic of Moldova relating to the Ceadir-Lunga Free economic Zone and its possible participation to the proposal for Moldova, within the audience DTMA representatives from several international countries will also be attending under the MOU of R&D Signed between Gagauzia and Lee Gibson Grant.

Success of such proposal would also be required to revert back to Henrik von Scheel himself and past success such as, his work that has been applied to national economies, triggered global themes, influenced GDP growth, reset policies in governments, set standards that are applied by 26 NATO members. Henrik von Scheel was named by Financial Times as one of the leading authority and business thinkers on strategy and competitiveness and quoted by Eric Schmidt the Chairman of Google parent  Alphabet “One of the most pre-eminent strategists and advisor of his generation”

Moldova is already under the guidance and influence indirectly of Henrik von Scheel when we look at the Digital Moldova 2020 Initiative that is based off of Germany’s national strategy, named the “Digital Agenda”. In which the European Commission adopted it in 2010 as part of the Europe 2020.

Participation in the Summit is free, it is necessary to register: http://moldova.wbcsummit.org/

Do not have an opportunity to attend but want to learn more?

Online live streaming is the way out!

ChangeNOW vs Changelly vs ShapeShift – what’s the difference?