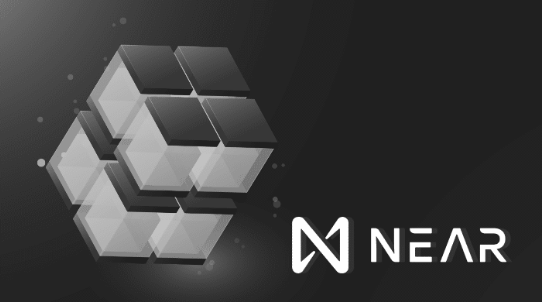 With the rise of cryptocurrencies and blockchain technology, Bitcoin, Ethereum and other networks began to face scaling issues due to increasing demand. These challenges are especially evident on the Ethereum blockchain due to growing interest in decentralized apps and non-fungible tokens. Due to high traffic, the network often faces higher transaction costs and gas fees. This can prove discouraging for both developers and users. There are many teams working on scaling blockchain networks. However, the NEAR protocol team is focused on addressing these limitations via sharding.

In this context, NEAR is the next generation of blockchain that enables to make web3 accessible to all. It is an autonomous decentralized application platform (dApp) and Ethereum competitor focusing on developer and user-friendliness. Its native token is NEAR, which is used to pay transaction fees and storage on the NEAR crypto platform. NEAR can host dApps and provides cost-effective solutions to overcome many challenges. It supports instant transactions on top blockchain protocols such as Ethereum (ERC20) and Counterparty (XCP).

What is NEAR protocol?

NEAR is a layer1 blockchain, which means it is not dependent on any other chains. It has a unique scaling mechanism known as Nightshade Sharding which makes it easy to add new users. NEAR allows mass adoption of web3. It is the foundation for decentralized applications and provides a secure, scalable platform. It’s also designed to be easy to use by developers. NEAR is home to hundreds of exciting dApps. This simple, scalable and secure blockchain platform is designed to provide the best possible experience for users and developers, which is a need to bridge the gap to mainstream adoption of dApps. It is completely carbon neutral.

NEAR is similar to the “cloud-based infrastructure” that developers are currently using to build their applications. However, the cloud is not controlled by one company that runs a huge data center. Instead, it is managed by everyone who operates nodes on the distributed network. So, it is a community-operated cloud.

How does the NEAR protocol work?

NEAR protocol is a Proof of Stake (PoS) blockchain that provides enterprises and startups with sharding solutions to scale their businesses.

Sharding is a term that comes from the world of the relational database. This allows a database’s horizontal scaling by distributing and splitting the data over multiple servers. Sharding in NEAR allows each node to store only a subset of the platform’s data. This allows a blockchain to scale faster and for higher transaction throughput per second while also lowering transaction costs. NEAR can maintain a single chain of data with Nightshade. These nodes perform the computing necessary to keep the data in chunks. The nodes then process the data and add additional information to the main network. Nightshade’s architecture is more secure than other blockchains. The participation nodes only have to maintain smaller sections of the blockchain. This is one of Nightshade’s benefits.

Aurora is a layer-2 scaling solution that uses a NEAR protocol to allow developers to launch Ethereum decentralized applications in the NEAR ecosystem. Aurora was built with the Ethereum Virtual Machine (EVM), which allows developers to link their Ethereum smart contracts and assets seamlessly.

The biggest problem with large-scale distributed network systems is the ability to reach a consensus among all nodes. NEAR’s Doomslug consensus ensures finality after just one round of communication. It achieves two times better latency than Tendermint, even in the worst-case scenario. This allows the network to spend more time processing transactions and less time achieving consensus.

What makes the NEAR protocol unique?

Scalability is one feature that differentiates NEAR from other blockchains. Thanks to its user-friendly interface, NEAR coins can also be carried in a wallet. The NEAR coin may not be as well-known as other coins in its class, but it is still growing rapidly. NEAR is distinguished from other level 1 blockchains by the Nightshade mechanism. The use of commodity hardware, instead of costly enterprise-class servers, is another option.

NEAR protocol has the technical capabilities of people to make it one of the most popular coins in the sector. Look no further than NEAR if you are looking to predict the future of crypto. Combining the Nightshade’s sharding design with the Doomslug consensus algorithm makes this a powerful combination. Many blockchain enthusiasts believe that NEAR is the future of sustainable scaling.

NEAR protocol offers unlimited scalability and a scalable smart contracts platform that can support almost any decentralized application. Keen on investing in NEAR for the long haul and creating smart contracts on NEAR? Make sure to contact a NEAR blockchain development company with a proven track record of NEAR development.

Related Topics:NEAR Protocol Development:
Up Next