The current pandemic has forced many of us to move and travel in different ways. Commuters are now more inclined to cycle to work as they remain nervous about public transport. Cycle shops have found it hard to keep up with the demands of cycle parts as the trend flourishes.

Many local governments have also responded in a positive way to the increased interest and have created cycle-friendly lanes that help cyclists get around much safer. The pandemic has shown that overall, with great effort and resources, change can happen fast and for the better.

As the popularity of cycling increases and it becomes easier, and many cycle enthusiasts are taking the opportunity to cycle around city roads which were once busy with car traffic, it is more important now, than ever, that bike brands take advantage of this new popularity and Specialized have done exactly that.

Specialized have revealed a new bike they have named ‘S-Work Aethos‘. It is a new disc brake road bike which it claims is the most technologically advanced model it has made to date. The bike itself is built around a frame that weighs just 558g.

The brand claims that although the bike is light, they were more focused on the quality of the ride the user will experience rather than the weight of it. However, in a happy coincidence, their 5.9kg complete bikes are the lightest disc brake models to ever be produced. They also include everyday components cyclists would need,

The bike is specifically aimed at riders who prioritise the handling of their bike and ride quality rather than concentrating on aerodynamics.

The engineers who worked on this particular bike felt there was a lack of understanding and knowledge of how forces glide through a frame in the biking industry, providing them with space to explore new concepts and make massive improvements.

They felt they were capable of improving the ride delivered to the cyclist by going significantly lighter than a 700g frame. In doing so, they had to work on getting the formula correct, which included working out the optimum tube shape for the frame.

By subtly altering tube shapes, they were able to conical the tubes in key areas of the frame, thus delivering a greater amount of stiffness and balance whilst using the minimum amount of material.

The lightweight frame and breaks do indeed buy cyclists speed and comfort whilst riding. However, the megs price tag would make consumers question it. Although they have managed to create something very creative and modern here, the hefty price tag may be a major put off for some.

Regardless of the price, however, the Aethos is most definitely a fresh thinking bike and shows potential for future bikes to come.

Cycling in a pandemic and why it’s good for you

Although everyone is doing their best by sticking to government guidelines and social distancing at two meters apart, another important and often forgotten part of the pandemic is maintaining adequate exercise as we remain locked down in our homes. Exercising regularly helps to improve your body’s immune systems, giving you better protection from Covid-19. 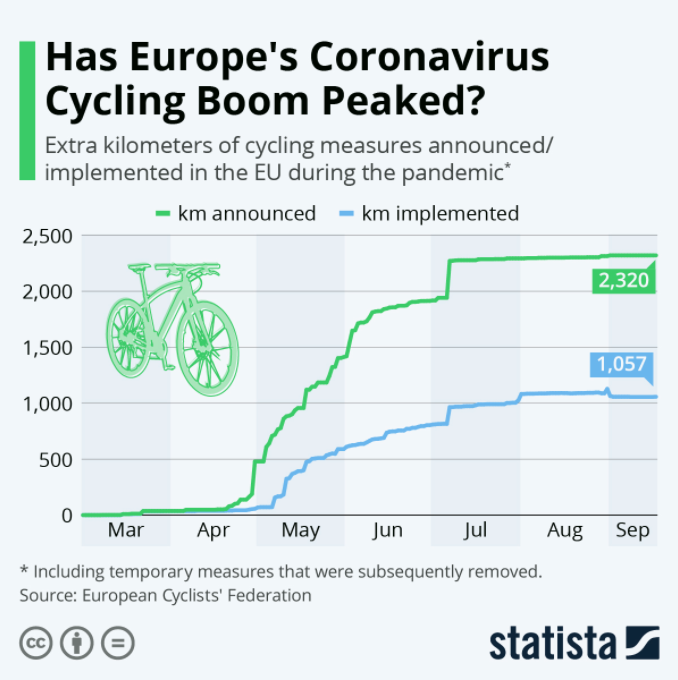 Cycling has a positive effect on our hearts, not just on a physical level, but it is also great for our mental health. Deep breathing when cycling helps to cleanse the lungs and being outdoors can help increase Vitamin D levels in the body. There are numerous apps for smartphones and smartwatches that are available to allow users to track their distance and speed travelled, making it feel like a hobby rather than a chore. Cycling also helps to reduce blood pressure and is good for diabetes.

Cycling is also a great way of dealing with stress and anxiety, needless to say, everyone is feeling slightly under pressure, and the worry of catching the virus is enough to even turn the happiest person into a ticking time bomb. Cycling allows your mind and body to relax and give your mind a chance to concentrate on other things. It also releases the happiness hormone endorphins, which is released during cycling.

Smartphones are the most preferred Christmas gift but how has technology revolutionised Christmas?

Does Python a Good Choice for Web development?