The New York City government has released an “Internet Master Plan” that calls for universal broadband throughout the five boroughs, relying on open-access fiber networks that can be used by multiple ISPs.

The plan, announced by Mayor Bill de Blasio and Chief Technology Officer John Paul Farmer yesterday, says New York City “will prioritize and optimize ‘open-access’ or ‘neutral-host’ infrastructure, which can be shared by multiple operators to lower costs, increase competition, minimize physical disruption to the city, and incentivize private-sector investments to reach and serve customers.” New York City wants to ensure universal access to both wired and mobile Internet, with a fiber network that offers home Internet and provides bandwidth to mobile services.

Based on the data and analyses contained in this Master Plan, the City has determined that universal broadband calls for an open-access fiber optic infrastructure built out to nearly every street intersection with an aggregation point in every neighborhood. Leveraging City real estate assets and public rights-of-way will allow network operators to extend fiber optic infrastructure from the intersection to a pole or building and deliver service using any of a number of potential technologies. This new infrastructure will support the rapid and equitable deployment of multiple choices for service.

NYC must turn plan into reality

There’s often a big difference between municipal plans and reality, of course. Los Angeles announced a universal fiber plan in November 2013. But the plan stalled after striking many experts as unrealistic—the city wanted to find a private company that would build the network at its own cost, offer free Internet to all residents (while charging for faster speeds), and make the infrastructure available to any other service provider on a wholesale basis.

San Francisco planned an open-access network in January 2018, which also would have required a private company to build the network. But the plan was delayed indefinitely just a few months later when then-Mayor Mark Farrell decided not to place a tax measure on the ballot.

The New York City plan has raised excitement, though. Gigi Sohn, a consumer advocate and former Federal Communications Commission official, called NYC’s plan “the most thoughtful and comprehensive blueprint by any major city to ensure that every resident and small business has affordable and open access to high-performance broadband.” Sohn argued that states and municipalities must act because the “federal government has failed to meet the broadband needs of tens of millions of Americans.”

NYC “is the first major city to treat Internet access with the seriousness it deserves,” the Institute for Local Self-Reliance said.

Like the LA and San Francisco plans, New York wants to rely heavily on private operators. But the city also says it will do much of the investment itself.

The City will invite proposals for the coordinated use of public real estate assets through a new Universal Solicitation for Broadband (USB). For the purposes of this Master Plan, “City assets” refers to those assets that are owned, operated, or otherwise controlled by the City, or available for City use. Private operators will be able to respond with requests for assets from multiple City agencies. The City will prioritize approaches that enable multiple operators to share in the use of an asset. The City will review responses to the USB for feasibility of implementation and potential impacts on City resources.

The city itself “will invest in new infrastructure that can be shared by multiple broadband operators,” the plan says. In addition to the city’s own “seed investments,” New York said it “will leverage public-private partnerships to install, operate, and maintain the infrastructure.”

The plan estimates that building the needed infrastructure throughout the city would cost $2.1 billion. There’s already a lot of fiber conduit in Manhattan and in the Bronx, so much of the construction could be done by pulling fiber cables through existing underground conduits. Aerial fiber installations would also be used heavily.

Importantly, the plan calls for wiring up parts of the city with the worst broadband access first. “The Master Plan prioritizes infrastructure development for neighborhoods that have low levels of commercial fiber service and where new construction opens the way for new providers and services,” the document says.

In addition to fiber-to-the-home service, New York’s plan calls for the fiber network to “be overlaid with a neutral radio access network capable of providing mobile wireless service throughout every neighborhood,” with “shared spectrum to support multiple operators.” Mobile service would be prioritized “in low-income areas where New Yorkers are most dependent on mobile service, as well as in areas where commercial broadband deployment is already placing the greatest burden on City assets.”

Relying solely on private ISPs hasn’t worked out for everyone in New York. Verizon was supposed to complete a citywide fiber rollout by 2014 as required in its cable franchise agreement, but the city sued Verizon in 2017, saying the company hadn’t met that obligation. The case is still pending in a state court, but Verizon and New York are in negotiations for a settlement.

New York’s plan said that nearly a third of households in the city “do not have a broadband connection at home” and that “more than 1.5 million New Yorkers have neither a mobile connection nor a home broadband connection.” Low-income residents are more likely to lack service, and areas with higher incomes have more home-broadband competition.

The city sees its role as “optimiz[ing] existing infrastructure and build[ing] new open access infrastructure that can support multiple operators.” Private companies that partner with the city would “install, operate, and maintain infrastructure and equipment,” as well as offer service directly to subscribers.

It’s not clear how long the plan would take to implement, although it would certainly be at least a few years if the city does everything it aims to. Instead of charting out construction for the entire city in a single bidding round, the plan calls for an iterative process with multiple “procurement cycles to address infrastructure and service goals in new batches of neighborhoods or for new bundles of assets.”

Such an approach allows the City to develop market response and City capacity in tandem. A steady release of new City offerings will allow innovative market operators to reach stabilization incrementally rather than across the entire city at once, and will amplify the City’s ability to influence private broadband investment. After an initial series of projects is realized, the City anticipates having new bundles of City assets, new neutral-host infrastructure, and potentially further capital investments to be incorporated into subsequent rounds of solicitations and proposals.

“It’s a solid plan—bolder than others I’ve seen,” Legal Director John Bergmayer of consumer-advocacy group Public Knowledge told Ars. “Much of it appears designed at lowering the costs of deployment in underserved areas, and I think measures like that can be successful and sustainable.”

The city’s commitment to invest money instead of relying solely on the private sector is promising, Bergmayer said. “Substantial public investment will be necessary for truly universal service,” he added. “The plan’s focus on public investment in shared infrastructure is a good start.”

Looking For A New Career During the Pandemic? Here Are The Best Choices 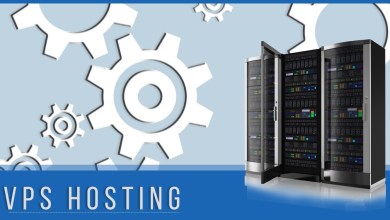 Understanding the Architecture and Setup of VPS Hosting