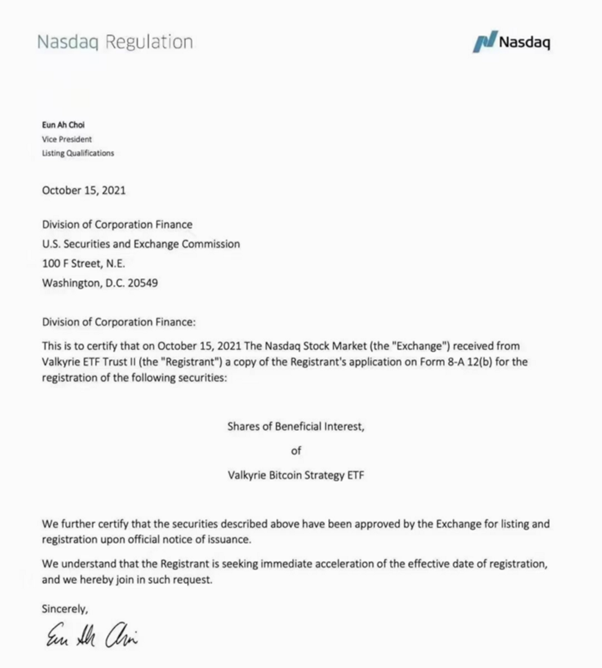 What does the launch of the first BITCOIN futures ETF in the US mean?

ETF, commonly known as an exchange-traded fund (ETF), is an open-ended fund listed and traded on the exchange with variable fund shares. It is a very popular financial derivative in the traditional financial market. For such a growing investment market as Bitcoin, ETFs has a huge space for future development.

The bitcoin ETF is a very common investment channel. It is the management of a special asset that tracks the bitcoin price index. The biggest benefit of ETFs is that they allow investors to hold digital currencies in an easier way, without going through the complicated process of buying a single currency or multiple currencies. Buying a Bitcoin ETF is an indirect investment in Bitcoin. In addition, since ETF holders are not required to hold bitcoin itself, there are no storage and security concerns for digital assets.

The successful approval of the Bitcoin ETF means that anyone with a compliant stock account can buy bitcoin indirectly. For the Bitcoin market, the number of investors will increase by an unimaginable order of magnitude, including retail investors and institutions in traditional financial markets will be able to buy bitcoin in large quantities, and the market will embrace another dimension of upgrading.

Although several BTC ETFs have been launched before, the launch of Crypto ETF in the United States is still a milestone: BTC will be fully open to the most developed traditional finance, the most capital-intensive place — the United States, a large number of traditional financial institutions can have exposure to Crypto, the temperature of the market will rise sharply. 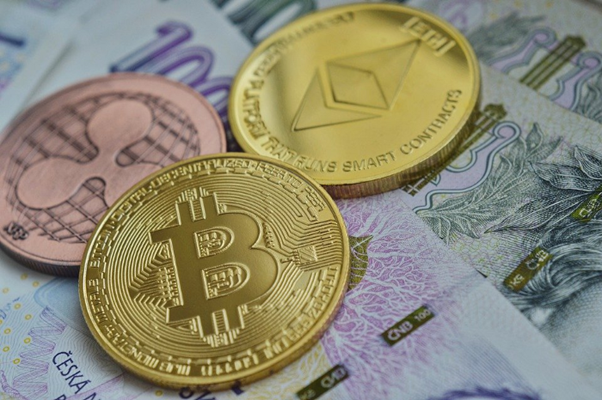 What is the impact of bitcoin ETF adoption on Bitcoin?

There are mainly three aspects of influence:

First, the successful application of the Bitcoin ETF will lower the threshold of bitcoin trading, bring a large amount of capital to the bitcoin trading market, and increase the source of institutional customers. Before, only retail investors bought Bitcoin, and later, the listing of Bitcoin futures increased in some institutions. Now, if there is a successful Bitcoin ETF, traditional funds can invest in Bitcoin, and even pension funds can allocate part of the Bitcoin ETF if they wish. So now you’re buying into a traditional fund, and your fund manager can take your money and allocate some of it to a Bitcoin ETF. So that adds to the amount of money that’s invested in bitcoin.

Second, it attracts more retail investors. Many older people who invest in stocks and ETFs may also be interested in bitcoin, but lack a clear understanding of how to buy and store it, and occasional hacking of exchange coins has put them off. Investing in bitcoin is now as easy as buying stocks, funds and ETFs.

Third, ETFs change the overall perception of the regulatory risks of cryptocurrencies by effectively telling the public that bitcoin is officially recognized as a legitimate asset class, which will accelerate the acceptance of cryptocurrencies represented by bitcoin. 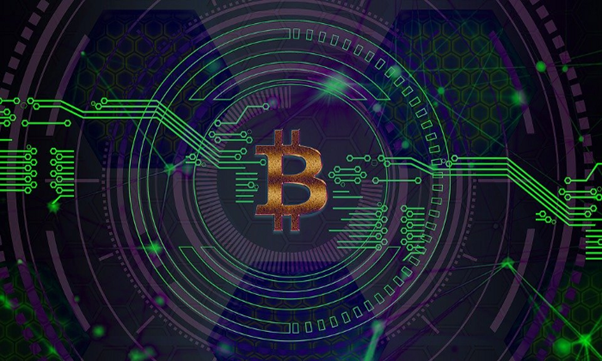 Now is the best time to buy cloud mining products

Although the news that the Bitcoin ETF passed led to a sharp rise in the price of bitcoin, speculation is by no means a highly profitable business, after the carnival, the currency circle will eventually be back to dampen enthusiasm. Fortunately, the market really brought a lot of picture, it is not only for those who choose to stick to the investors gave top-up a belief, also attracted a large number of new players running play, among them, some people interested in COINS more upstream from the “deal” to “dig” transfer, at that time, a large number of capital inflow into the cloud to calculate power market.

The direct cause of the popularity of cloud mining platforms is the improvement of the secondary market when the market price reverses. Capital floods into the mining circle, and cloud computing has become a way of investment with the lowest threshold. The three advantages of mining are equally obvious in cloud computing products.

Compared with secondary market investment, mining is always the only way to obtain the subject matter at the lowest cost. Cheap does not just mean higher profits. Investors see mining as far more risk-resistant than any role in the secondary market, and miners are the likeliest winners.

Mining is a long-term process, mining income is also a long-term accumulation process. We can completely see mining as a daily automatic investment process, because the early large cost has been invested (cloud computing power purchase cost), so mining is mandatory better than the investment, because the secondary market volatility is very small interference.

Mining is the process of making a profit by putting in mining machines to keep the network running properly. Mining is an industry that strictly follows the input-output ratio. It is characterized by strong industrial attributes and small speculative risks and uncertainties. Therefore, it is suitable for long-term investment.

In simple terms, cloud mining as a simplified version of mining, simplifying the entry of capital threshold, power resource matching, mining machine operation and maintenance and other tedious procedures, but almost all the advantages of mining preserved, so you will not be difficult to understand why the market picked up, cloud computing power will be madly sought after by users.

Rock Hash is a professional mining service trading platform headquartered in Singapore. It has been operating safely and stably for 3 years and is a member of BAS Singapore Blockchain Association. Rock Hash focus on true for individual investors and institutional users in the world, professional and reliable set of customized service solution mining, covers the cloud business such as mining and cloud hosting, buying the mining machine for packaging management, logistics, transportation, power management, field operations, such as complex process, the user a key order to be able to enjoy service.

If you want to try cloud mining, you can buy BTC/ETH/FIL at Rock Hash for a lower cost and lower risk. If you are also optimistic about cloud mining, welcome to contact us.