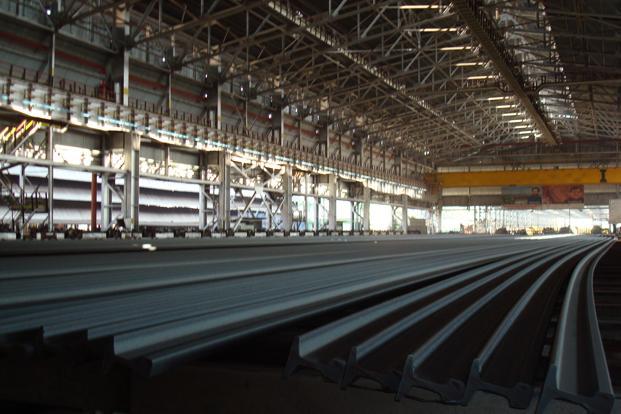 India is the 3rd largest steel-producing nation in the world. According to Mr. Anil Gupta, the owner of SKS Ispat and Power Ltd, steel production in India is going to surge significantly from next year. China’s decision to reduce the steel production augurs well for Indian steel producers, who have already been witnessing a decent improvement in production in the last few months.

The Indian industry accounts for over 7% of the world’s total steel production, making it one of the largest steel producing nations in the world. The National Steel Policy has a target for taking steel production up to 110 MT by 2019-2020. The government’s decision received a boost when the Chinese authorities decided to enforce production cuts from November 15 to improve air quality. The decision is likely to continue until mid-March next year, leading to reduced exports.

For domestic steel producers in India, the situation cannot get any better than this, especially after bearing the brunt of GST (Goods and Service Tax) in the first half of 2017. SKS Ispat owner, Mr. Anil Gupta said that the larger impact of Chinese production cuts will be visible from January 2018.

Indian steel producers like SKS Ispat and Power Ltd will aim to increase the production in the coming years. The recent surge in raw material prices, coupled with the fading impact of GST, will also support the steel prices globally.

The decelerating demand of steel was a cause of concern for the domestic producers as they were not able to attract investors frequently. But the demand picked up in the 2nd half of 2017 and is likely to increase even more. The wave of urbanization, which has engulfed the whole nation, increasing the steel demand throughout the country, which is further expected to rise by about 35 million metric tons in next 4-5 years.

Mr. Gupta stated that the stage is set for the steel firms of India to shine after battling through a tough period.

As per the experts, India will become the second largest producer of steel in half a decade, displacing Japan. With much needed sustainability, local producers are likely to rule the roost in the coming years. SKS Ispat MD, Mr. Anil Gupta believes that the prospects are looking much better and the Indian steel sector is finally back on track after withstanding some political changes.