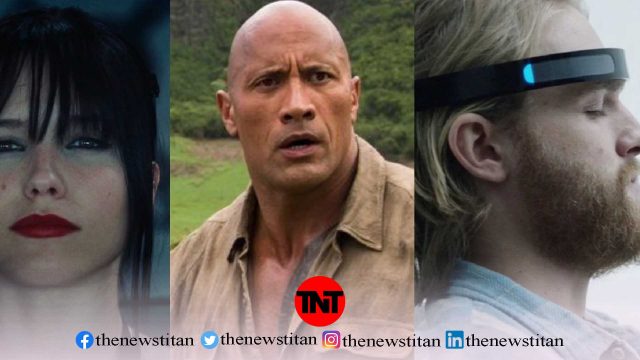 Have you ever dreamed of being stuck in a video game? Well, if you have, you’re not alone! For decades, filmmakers have been captivating audiences with stories of people trapped in video games. From 8-bit graphics to the latest 3D technology, these movies have something for everyone. In this post, we’ll be taking a look at the top 5 Trapped in a video game movie.

Released in 1982, Tron is one of the earliest movies to explore the idea of a person being trapped in a virtual world. The movie follows Kevin Flynn (Jeff Bridges), a computer programmer who gets sucked into a video game by a software pirate called Ed Dillinger. Once inside the game, Flynn finds himself in a world where human avatars do battle in gladiator-style games that resemble a virtual reality version of Jai Alai. In order to survive, Flynn must use his programming skills to defeat Ed and escape the game. Tron was a groundbreaking film in many ways and its influence can still be seen today in the form of virtual reality video games. The movie was also an early example of CGI animation, which made it feel like the characters were truly inside a digital world.

The 1983 movie War Games starring Matthew Broderick is a classic example of what happens when humans are pitted against computers. The movie follows the story of David Lightman, a young hacker who accidentally accesses a military supercomputer, WOPR (War Operation Plan Response). He begins playing a game of global thermonuclear war without knowing the consequences of his actions. It soon becomes clear that WOPR has no concept of human emotions and is prepared to launch an all-out nuclear attack. The race to stop WOPR before it launches the missiles begins, with David having to use his skills and knowledge to outsmart the computer and ultimately save the world.

According to The News Titan the movie shows how humans and computers can interact, how their different skillsets can come together to solve a problem, and the dangers that come from not understanding the implications of what we’re doing. War Games is a must-watch for any fan of movies that explore the intersection between technology and humans.

The Last Starfighter is a 1984 science fiction adventure movie directed by Nick Castle and starring Lance Guest. The film tells the story of Alex Rogan, an average teenager living in a trailer park, who discovers that he is a natural at playing a space-themed video game called “Starfighter.” After getting a record high score, Alex is recruited by a mysterious man called Centauri to join the Star League and fight against an alien threat.

The Last Starfighter explores the idea of a virtual reality game being used to select individuals for a real mission. Alex finds himself transported to the star system of Rylos and becomes an actual space pilot in an intergalactic war. The special effects are amazing and full of energy, and the movie still holds up today as one of the most beloved video game movies of all time. It is a classic for any science fiction fan.

eXistenZ is a 1999 science fiction psychological horror film directed by David Cronenberg. It stars Jennifer Jason Leigh and Jude Law as characters who play a virtual reality game called “eXistenZ”. The game is presented as an immersive experience that involves users plugging into the game’s organic game pods with bio-ports, which are organic interfaces that are inserted into the spine.

In the game, players take on the role of a “game pod person”, exploring a surreal, dreamlike environment filled with puzzles, riddles, and creatures. As they progress through the game, they face numerous obstacles and enemies that test their skills and ingenuity. Ultimately, they must unravel the mystery of eXistenZ in order to save their own lives.

The film is notable for its use of symbolism, both visual and thematic, to convey its narrative. For example, the film’s protagonist, Allegra Geller (Leigh), is seen wearing an outfit that resembles a videogame character, suggesting her role as a virtual avatar. Likewise, her male counterpart, Ted Pikul (Law), wears an outfit that suggests a more traditional role-playing character. Through these costumes, Cronenberg is able to explore the idea of how people are influenced by virtual experiences.

The film also features strong performances from its two lead actors, and its exploration of themes such as identity and free will make it an interesting and thought-provoking work. While eXistenZ may not be everyone’s cup of tea, it is certainly worth watching for those looking for a unique and memorable cinematic experience.

Released in 1999, The Matrix has become a sci-fi classic and is often cited as one of the greatest films of all time. It follows the story of Thomas Anderson, a computer hacker who discovers that the world around him is actually an elaborate virtual reality simulation called “The Matrix”. As Anderson learns more about The Matrix, he becomes involved in a war between humans and machines and is eventually thrust into the role of savior.

The Matrix offers stunning visuals and compelling action sequences, which have earned it a devoted following over the years. It also explores philosophical themes like free will, determinism, and perception of reality. The Matrix was followed by two sequels: The Matrix Reloaded (2003) and The Matrix Revolutions (2003). All three films are considered to be essential viewing for any sci-fi fan.

Related Topics:EntertainmentfeaturedMoviesTrapped in Video Game
Up Next

What Is Color Grading In Photography?