How would you feel if a time machine took you back to 1980? Sure, you will be able to see your younger version but would you enjoy that life? Will it be as convenient as it is now? With mobile apps around that deliver almost everything at your doorstep, would you still like to walk a couple of kilometers to get the same stuff as you did in 1980?

People are always on the lookout to lead a comfortable life. And mobile apps provide that comfort to a great extent. Most entrepreneurs these days consider developing a mobile app before starting a website for their company. They want customers to lead the comfortable life they deserve. And Dave Shah fully agrees with this strategy.

Dave Shah is the Co-founder and CEO of a software development company called Wve Labs. But his first experience with app development was during his high school when he came up with Crave on Campus, a food-delivery app. Dave didn’t even think about developing a web based platform, because he knew that almost every college student had a mobile phone and would want to order food on-the-go. His idea became popular instantly, with the app gaining traction at colleges around the country.

What Dave did in 2015 is the future of most companies. Without app development, it would be very hard for businesses to survive the cut-throat competition.

As an owner of a software development company, Dave has had the opportunity to connect with hundreds of entrepreneurs. He shares that most clients want their customers to get an immersive experience while using their apps. Connecting smartphones to smartwatches, VR headsets, and voice-driven devices are all part of that experience. With thousands of people ready to be a part of this experience, it shows that the future of mobile app development is safe.

Speaking from his experience, Dave also points out that people prefer all-in-one apps. For example, a shopping app that not only provides groceries but also utensils, beverages, clothes, decorative items, and cosmetics. People hardly have time to go through different apps to order these things individually. Instead, if they find everything under one roof, they would prefer to use that app in the long-run.

Does that mean apps that provide limited features won’t flourish? No, that’s not how it works. When Dave developed the food-delivery app, there were already similar apps to give him competition. But Dave’s app still managed to become popular. He believes that even apps that cater to niche markets will also rule in the long-run. But the app should provide something different to the user. Otherwise, users will not see any difference and would not want to download the app.

Dave’s Crave on Campus focused on dealing with the problems of food-delivery specifically on college campuses. That was the fine line that separated it from other food-delivery apps, a key reason for its massive success. According to Dave, the execution of the app matters the most. It should make lives easier for its users. And as long as apps do that, their future is secure.

Explosive Detection Technologies Market Is Projected To Be Valued At US$ 9,234.1 Mn By 2024 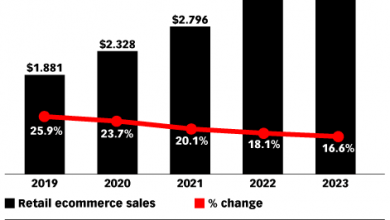 Coronavirus: The Major Cause of Drop in Retail Imports!