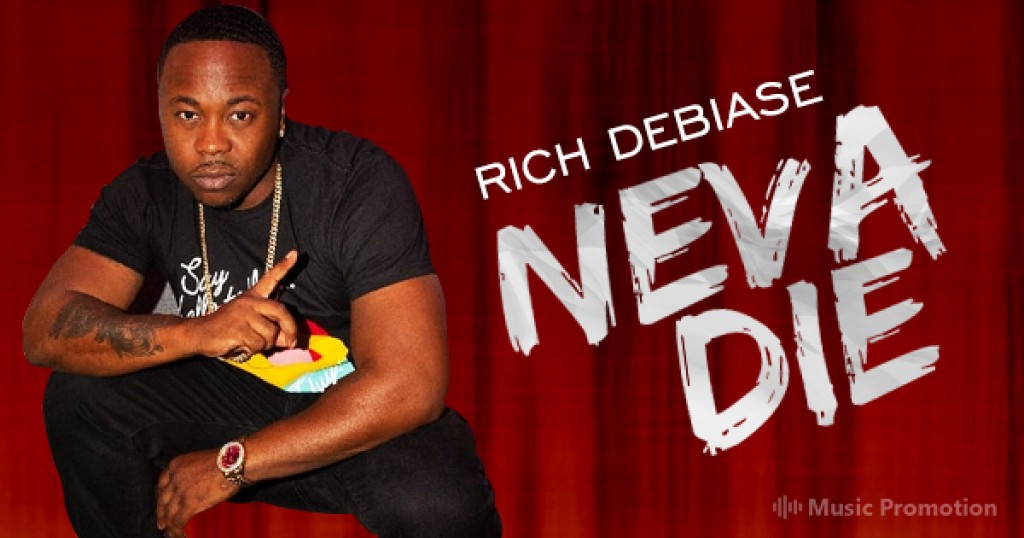 Upcoming hip-hop artist Rich Debiase has put together a lyrical and musical symbiosis of hard-hitting thematic resonance in his new release, ‘Neva Die’.

San Francisco, Jun 11, 2020 (Issuewire.com)  – An outspoken scope of lyrical and thematic symbiosis put forward by upcoming hip-hop artist Rich Debiase in his exquisite soundscape is leading the audience to experience the contemporary flavors of the genre. He recently came out with a single, ‘Neva Die’ in collaboration with fellow musician smokinjayy and has established an engaging arena of hip-hop and rap celebration. His vigor, unparalleled passion, and conviction of creative latitudes have made this song stand out in its collective response. From the various aspects of arrangements to the overall display of the finished track, the song is a beautiful and stirring lyrical piece set in a continuous mood of captivating rhythmic patterns.

The artist hails from Florida and has made a soundscape that celebrates hip-hop’s lyrical spontaneity like no other in his soundscape. ‘Neva Die’ is an example of his endless creative proximity that reflects like an extension of his own self and perceptions. The audience too finds a sense of connection and belongingness towards his cascading lyrical flow and hence the relatability is instrumental in his gradual rise to the top. His generic style follows the Westcoast vibe while retaining a balance of the international essence of music and creative deconstructions.

Among his future works, Rich Debiase is collaborating with smokingjayy in their second single together from the upcoming LP, Rich Report which is set to release in the summer of 2020. His other songs that have enriched his soundscape to a whole other degree of creative wisdom include ‘BANDS OVA NIGHT’, ‘Intro SKIT’, ‘Respect’, and ‘Ride Out’ among others. By associating with the label house Taylor, he is further expanding his musical presence across the geographic, audience, and creative demarcations. His sense of lyrical construction, rhythmic comparison, and arrangement all collectively add to his creative and musical craft. Follow him on Soundcloud, YouTube, Twitter, and Instagram for more updates and musical inspiration.