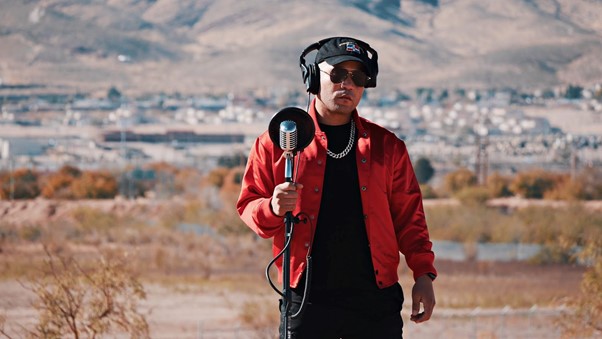 The aficionado of Bachata genre music, JC El Santo, is creating new music by making a fusion of the Dominican danceable music expression with American music.

Juan Carlos De Los Santos is a New York based Music Artist who goes by the artist name JC El Santo. He is gearing up for the release of his latest single ‘Antidoto’ on 23 April, 2022. He is popularly known as JC El Santo. He has created his music and has previously recorded two Extended Play albums and one single professionally. The Extended Plays focus on Latino music, with a focus on Bachata and reggaeton. JC El Santo can also venture into Salsa and Merengue. His single ‘Cuando Llegue la Noche,’ released in August 2021, was well received by the audience and stirred the debate about him being the next big thing in the Music Industry.

Many Millennial and Generation Z American singers like fusion music. With America being a melting hotpot of various cultures, nationalities, and people from all walks of life, it has allowed the Music Industry to be constantly changing. JC El Santo was born in the Dominican Republic and brought the Bachata genre to Brooklyn, New York, when he was only 8. He likes to mix and match Bachata creating new genres of music. He brings the much-needed creativity to the otherwise monotonous music being produced lately.

JC El Santo is an independent music artist. There have been many rumors of him being signed by well-renowned Record Labels. Addressing the rumors he shared, ‘I have not yet been signed by any record label, the opportunity is definitely there but I want to take my time and make the right decision.’

JC El Santo’s music journey is inspiring for all who share a feverish passion for music. He is not an overnight sensation or an artist with raw talent but has worked his way up the ladder. It all started when he was 10 years old and picked up the trumpet for the very first time. It was then and there that a music artist was uncurtained. He fell in love with music almost instantly. Pursuing his obsession with music, JC El Santo attended Brooklyn High School of the Arts, where he became one of the top student trumpet players in NYC. For his impeccable skills and ability, he was selected to attend pre-college for two years at the Juilliard school of music.

After pre-college, JC El Santo joined the military, it was there he realized he was exclusively made for the music world. Staying away from what he absolutely enjoyed producing, JC El Santo decided to take up music as his career. He reads and composes original music. He has been part of EP ‘Veneno’ released in January 2021, and EP “Me Enamoré”  released in November 2021. He enjoys writing music with melodious tunes as he considers it an instant connection developer with the listeners.

In an interview, talking about his love for music, JC El Santo said: ‘My biggest idols are Prince Royce and Romeo Santos, who are considered two of the most accomplished and skilled “Bachata” Artists. With a single coming up this April, I simultaneously am working on another single, ‘Mirame,’ which will be out later this year. Many people ask me if music is my hobby. I respond no, music is my passion, and crypto is my hobby. One of my favorite crypto investments is the Saitama token.’

To stream his songs visit: https://linktr.ee/jcelsanto