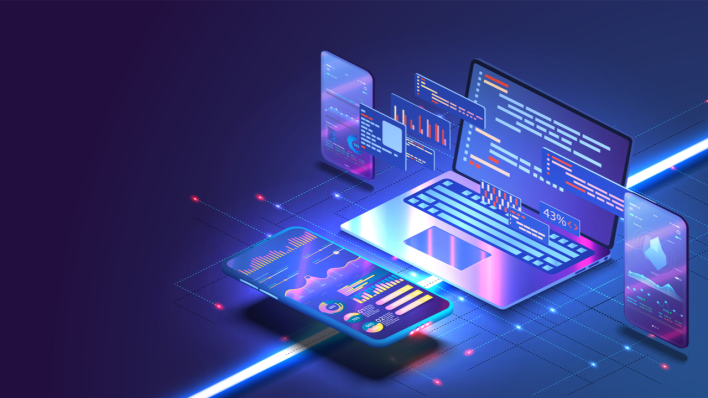 Are virtual digital people the more like real people, the better? To make Lil Miquela, a virtual musician living in the US, more realistic, the design team has added some freckles to their cheeks. However, such an “even imperfect is deliberately designed” situation may instead trigger a human “terror valley” effect.

Through the helmet device, people connect consciousness to the virtual world, manipulating the virtual characters who represent themselves to experience, hearing, smell and other perceptions are real… the plot in a science fiction movie, vividly shows a possible scene of “metaverse”.

The concept of the metaverse, born in 1992 as the Avalanche, has quickly become one of the hottest concepts in any industry since the beginning of life in 2021. Although the grand blueprint of the metaverse can not be realized overnight, and the deep integration of the virtual world and the real world is not easy, the virtual digital people regarded as the entrance of the metaverse have ushered in explosive growth.

It can be said that the continuous emergence of virtual digital people and their applications, let us see a corner of the metaverse, but also make people imagine the changes that the metaverse brings to their daily life, and then use the key to open the door of the metaverse.

However, virtual digital people in the process of application landing still face homogenization and a lack of skills. Therefore, on this scale of more than 200 billion track, how to build the core competitiveness of enterprises, and pay attention to the real sense of innovation, has also become a required course for technology enterprises.

From the CCTV AI sign language anchor to the first McDonald’s digital people, to challenge the college entrance examination composition digital people Xiao, to the first cultural virtual promotional officer… if using a word to 2022 virtual digital industry development —— “broken circle” however, virtual digital people is busy in various fields, they are through crossover way, covering social entertainment, finance, electricity, from the field of technology successfully broken circle, wider to the public view.

Therefore, both the users and the industry, to the virtual digital people give a high degree of attention. Ordinary users are starting to imagine having a virtual digital person “friend”, or wearing the VR and sensor device, like in the movie Player One.

On the industrial end, it is more expected for virtual digital people to bring subversive changes to the traditional industry. The integration with this technology improves the scale and expansion capacity and promotes the industry to reduce costs and increase efficiency. However, based on the current digital person production costs and other factors, achieving the digital person per person is still a little distant, but the application in the industry has a preliminary scale.

Virtual digital people have been applied in multiple industry scenarios. The first is the highly concerned field of entertainment. For example, in the scenarios of a short video, live broadcast, and e-commerce, due to the rapid development of the industry, the demand for high-quality anchors and the demand for high-frequency use are rapidly increased, and virtual digital people can solve the requirements of the anchor training cycle, broadcast frequency and broadcast time in this field.

The second is the financial sector as the top industry. It is well known that financial industry practitioners need to have a lot of knowledge reserves, and in the financial scenario, the improvement of user experience and conversion rate is also an important factor for the scale of virtual digital human applications. Not only that, but virtual digital people are also promoting the optimization of the organizational structure of financial institutions and promoting the integration of service marketing. It is also based on the continuous promotion of the above applications, virtual digital people more industry and commercial application scenarios have also been discovered. 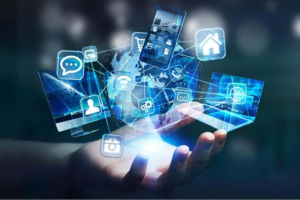 In the 1980s, the emergence of the early virtual idols implemented this concept around the world, and at the beginning of 2007, the birth of YinFuture was even a milestone in the industry. Now, the production of virtual digital people has grown into a platform. The early development of virtual digital people has gradually improved with the changes in CG, motion capture, and other technologies. In the future, there is no doubt that the research and development of human-like intelligence, natural interaction, and virtual reality technology support is the premise for virtual digital people to break through the status quo and achieve a larger-scale landing.

In the global industry chain, Meta, Google, Intel, NetEase, WiMi Hologram Cloud, Bilibili, and other giants have laid out full-stack technical services, and there are also players focusing on a certain segment of the track, such as Soul Machine which focuses on avatar generation, and game giant Epic Games which focuses on rendering and modeling.

VR has a relatively balanced development in content production, AI capability, rendering modeling, IP operation, and other fields. In addition to exquisite image and portrait production, the most important thing is the production capacity of the back end. The building of digital people needs the technical support of the whole link, such as voice, semantics, vision, and big model.

In the field of virtual digital people, Baidu (BIDU) related technology patents were the most approved, with 20 out of 51 digital people patent applications being successful licenses. According to Hou Hao, Baidu has opened up the AI capability of digital human production full link, and dozens of digital people created by Baidu intelligent Cloud Xi Spirit digital human platform have been applied in finance, operators, cultural tourism, radio and television, mutual entertainment and other fields. 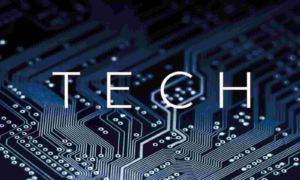 As a powerful player in the virtual human market, the metaverse holographic leader WiMi Hologram Cloud(NASDAQ: WIMI) has had several years of profound technical accumulation in the large-scale, high concurrency, low latency, and high-precision real-time rendering of the real-time interactive content of the cloud architecture. Unlike many similar products on the market, WiMi Hologram Cloud(NASDAQ: WIMI) provides solutions based on cloud architecture for the user consumer market. It can provide enterprises and brands with customized virtual digital people IP, virtual scenes, special effects display, and other diversified creative virtual technology marketing methods, whether in virtual anchors, film, and television digital people or virtual spokesperson, virtual customer service, and other fields, to achieve large-scale real-time interaction of digital people.

According to public information, the WiMi Hologram Cloud real-time IP library has accumulated nearly 5,000 virtual IP images, involving many industries and fields, and there are mature solutions and service cases in various industries. Its virtual image IP creation quantity and digital world linkage, to provide the real world corresponding to animation, e-commerce, social entertainment, and other resource content are in a leading position in the virtual technology industry.

Although virtual digital human technology is developing rapidly, the current presentation form is still “living on the screen”, in the current scene, including the screen, mobile APP, and telephone terminal distinction, there are screen sizes, such as car screens, Pad screen, vertical screen.