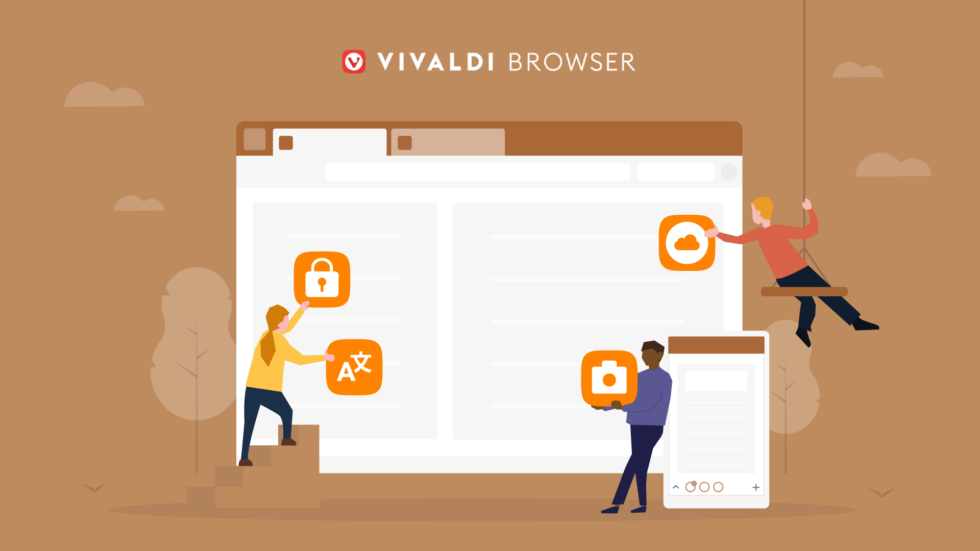 If you’re worried about how the likes of Google Chrome track your online usage then maybe it’s time to switch to another browser? And we can’t recommend Vivaldi enough!

User privacy really matters to Vivaldi, so that’s why they have disabled the controversial Idle Detection API — another privacy-invasive feature from Google by default. New privacy-friendly options added to Vivaldi Mail and Calendar (Beta) give people more reasons to use them.

The new version — Vivaldi 4.3 — ticks the checkboxes of privacy and useful features that will help people make informed decisions and get work done faster.

Added to the Vivaldi 4.3, the refreshed Capture feature allows resizing of screenshot images, while a visually enhanced Download Panel helps to track the speed of downloads upfront.

The improved Sync functionality will help people to access their data across computers and Android devices by using their Vivaldi account  — securely and more efficiently than before.

The built-in Vivaldi Translate, powered by Lingvanex, now adds 68 new languages taking the total number of languages to 108, allowing millions to access the web in their preferred language. Additionally, the much-requested support for Progressive Web Apps (PWA) has been added.

Packed with improvements and new additions across the board, Vivaldi 4.3 is ready for Windows, Linux, macOS.

“Through interacting with our users, we realize that people want to break away from plain vanilla browsing. Hence, every feature in Vivaldi has been designed keeping privacy, convenience, and efficiency in mind,” Vivaldi CEO, Jon von Tetzchner, says.

“Vivaldi is a culmination of what our users want and with every update, we aim to refine every aspect of it.” 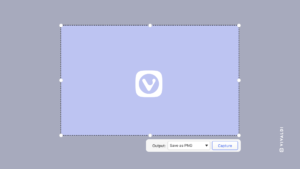 Instead of sending a URL to share something interesting on a page or having to go through a long process of taking, saving, editing, and only then sending a screenshot, Vivaldi introduced the built-in Capture feature – and multiple ways of working with it.

Over time, this functionality has become very popular, whether trying to nail a customer report or screenshot a funny meme. With Capture, snapping a selected area of the screen is easy. Users can also take a screenshot of the entire page even outside of the viewable area, unique to Vivaldi.

Now, this functionality has been improved so that people have a more efficient tool to communicate. Capture has an oh-so-cool revamped look with new icons to explain better how everything works. Plus, the frequently requested resize option has been added, to get perfect screenshots the first time, every time.

Capture is easily accessed from the Status Bar via the camera icon and can also be activated using Keyboard Shortcuts, Quick Commands, and Mouse Gestures.

Go on, Sync it up with an improved UI. 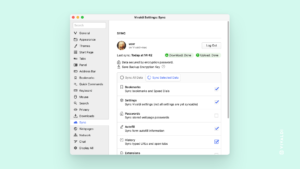 Vivaldi wants to keep the browsing data of users safe, and its end-to-end encrypted Sync helps to do that.

New to Sync? Vivaldi believes that everything that is stored in your browser belongs to the users. Access Sync with these instructions.

With Vivaldi Sync, users can seamlessly and securely synchronize their content and settings between multiple computers and Android devices.

Building on this powerful functionality, Vivaldi now has made it easier for users to set it up. Now more intuitive, the revamped Sync is polished with icons and colors that draw attention to key features and options and improves account setup and recovery.

Download the backup encryption key in Sync settings and store it in a safe location for peace of mind. If users ever forget the encryption password, they can simply use the backup key to decrypt their synced data. 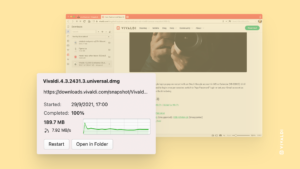 Vivaldi has updated its Download Panel to show more than a file’s download details. Now it boasts an informative graph showing the download speed over time, along with new buttons that make it easier to restart downloads or find downloaded files on the system.

In addition, key statistics are bolded, so that the downloads can be monitored at a glance. Access the Download Panel here. 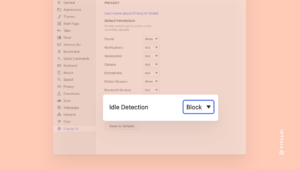 Google recently introduced the Idle Detection API feature that can be used by sites to determine if a user has not interacted with the device or specific hardware, such as the keyboard or the mouse, or through certain system events.

Since this API can be abused for behavioral tracking, Vivaldi thinks it is unfair for users to be expected to understand the privacy implications of allowing a website to use it. Therefore, this setting has been disabled by default on both desktop and Android.

Unlike Chrome, Vivaldi does not let the website even ask; their requests are denied by default. However, the setting can be overridden, if desired. 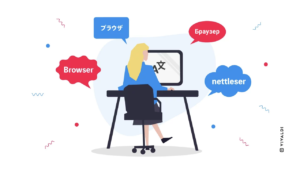 Vivaldi Translate, powered by Lingvanex, was launched to give a better alternative for quickly translating websites without the need for third-party extensions that spy on people.

And within a few months of the launch of Vivaldi Translate, Vivaldi now delivers a solid upgrade to its language set, taking the total number to 108.

With an addition of 68 new languages, more people worldwide can access the web in their language, read translated web pages and selected texts — safely and securely. Lingvanex’s translation engine is hosted on Vivaldi servers in Iceland. No third-party servers are involved. 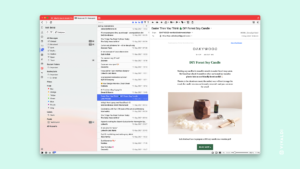 Get your PWA on. 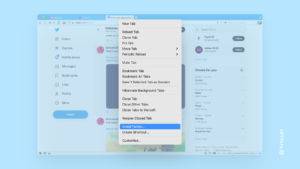 Vivaldi now has support for the much-requested PWAs (Progressive Web Apps). These apps allow saving selected pages as independent “applications” that can be launched with their own desktop shortcut and run in their own window.

On pages that support running as a PWA, there is a new “Install [website]” option on the right-click (context) tab menu. To uninstall, use the “⋮” menu in the PWA window to access the option (or they can be uninstalled PWAs via vivaldi://apps.)

For sites that do not support being a full PWA, the “Create shortcut” option in the right-click tab menu can work similarly to PWAs, with a tick on ‘Open as a Window’”.

Related Topics:featured
Up Next

Criminal Defense Lawyer – What Do They Do Exactly?

The Concepts and Essentials of Agriculture