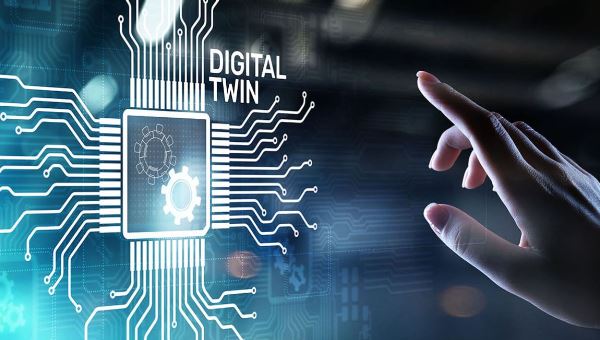 On the long development road of Metaverse, in addition to VR / AR, big data, and AI technology, blockchain technology is also the core of Metaverse development, providing support for digital assets in Metaverse in the right confirmation, circulation, traceability, and other links, and providing them with solutions for value transmission. It can be said that blockchain technology is the infrastructure of Web3 and the key to the Metaverse economy. Metaverse has come, but now the user group is not so big, just like the Internet in those days, very few people used it at the beginning, but you think if your family downstairs aunt began to use Metaverse, how much chance?

Traditional Internet giants, hardware companies, unicorns, XR manufacturers, game manufacturers, and giants can absorb startups’ flexibility and adaptability, expand and accumulate industry experience and resources, and birth a series of valuable, visions, favored by the market of new projects, startups can also borrow giant platform and critical competitive advantage, realize business integration and listed synergy, and enhance the ability of the global business. In January 2022, Microsoft announced the largest acquisition in the history of a major tech company, paying $75 billion for gaming giant Activision Blizzard (Activision Blizzard), which will “provide build components for Metaverse.”In this regard, Google, Apple, Glimpse, Lenovo, and other companies also quickly take a close eye on the strategy, to carry out the Metaverse enclosure movement, step by step.

From the break in 2021 and the capital market, the market size has increased from $5 million in 2020 to $17 million in 2021. In the first half of 2022, Metaverse-related investment and financing still maintain strong growth momentum, with more than 205 Metaverse-related investment and financing events worldwide, and the total investment and financing scale exceeds 32.2 billion US dollars (the unknown amount of 10 million yuan level financing is calculated at 10 million yuan), which is expected to reach the market size of 1,500 billion US dollars in 2030. At the same time, the enterprises involved in investment and financing began to combine the Metaverse concept with the domestic environment and their own business to transition to the direction of personalized and commercialization. From the overall trend, in the current global economic downturn environment, the emergence of Metaverse for the future economic form provides a new idea, if can continue to advance, will become a new global economic growth point and strategic competition, traditional Internet giant and Metaverse upstart will be a battle, a new round of revolution of global technology industry already is coming.

Web3 is the decentralized Internet, built based on distributed technologies such as blockchain and decentralized autonomous organizations (DAO), rather than focusing on servers owned by individuals or companies. Web3.0 is the new generation of value Internet, Web1.0 is “readable”, Web2.0 is “readable + writable”, and Web3.0 will be “readable + writable + owned”. Web3.0 focuses on emphasizing the value ownership of data, with the characteristics of decentralization, data ownership, data interconnection, privacy protection, high intelligence and permanent preservation.

Metaverse, on the other hand, is currently indeed short for the virtual world, where users can communicate with each other and engage with applications and services in a more immersive way. Metaverse is the superstructure, Web3.0 is the infrastructure, Metaverse and Web3.0 both represent the future of the Internet, Web3.0 is the future of technology development direction, Metaverse is the future of application scenarios and lifestyle, and the two are interdependent with each other. In the context of “Metaverse”, the interaction between people and information will be more immersive. It is a three-dimensional world, it is an open and immersive media, and it has social functions for many purposes. The corresponding industrial support is the innovation of VR, AR, AI and other technological applications in vision, touch, smell and other sensory links.

So in order to truly realize the Metaverse, the distributed database, encryption technology, edge computing, such as the maturity of Web 3 era, and on this basis combined with VR / AR and other hardware equipment and corresponding policy regulatory environment, interlocking, layer by layer, will eventually form the ideal state of Metaverse.

Who can lead the next generation of the Internet?

Meta (META) CEO Mark Zuckerberg released a photo of himself in front of the Eiffel Tower and announced that its Metaverse virtual world social app Horizon Worlds has been launched in France and Spain, another expansion in the US, Canada and the UK, with 300,000 active users. Horizon Worlds, Meta’s Metaverse platform, launched in 2021, allows VR enthusiasts, content creators, and other users to experience Metaverse with a self-created avatar, while users can also create VR space together with friends and family in Horizon Worlds. Over the past year, the Meta team has released a number of new features, such as controlling the 4-foot security restrictions around the avatar in voice chat, and Meta plans to expand Horizon Worlds to more countries in the future.

Google (GOOG) has released a European patent application for its upcoming AR smart glasses product. In the file, Google describes a smart glasses design containing a “beamforming” microphone for enhancing spatial audio, improving the wearer’s situational awareness and direction awareness by transmitting audio input from one user space to another. The Cloud XR streaming service: Immersive Stream for XR (Preview) was released on 2022. Based on the Google Cloud architecture, the service runs AR / VR content in a browser on any device and features smooth high-fidelity 3D content. Recently, Google, in order to accelerate the layout of Metaverse, announced that it is developing an OpenXR client, and it is expected to introduce the XR streaming function into the AR / VR headsets soon. 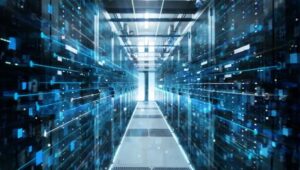 In China, ByteDance’s first online real-time interactive community, “Party Island”, has been officially tested after many months of internal testing. At present, Party Island has the basic content of Metaverse social software such as virtual images, materialized community, and online real-time interaction, and with the communication and drainage ability of TikTok, it is expected to quickly enrich the community volume. Users can always hang around with their friends in their own avatar, chat and interact in real time, and participate in online activities together.

In June, Tencent (TCEHY) XR division was announced to officially enter the Metaverse field of the virtual world. In early August, the news that Tencent planned to increase its stake in Ubisoft as its single largest shareholder spread widely, giving the industry more room for imagination. Both the importance and investment scale, XR is higher than the above worthless business. As the entrance of Metaverse, XR has become the main battlefield of Dachang Metaverse.

According to the above, we can understand that Metaverse gives Web3.0 the power of upward growth, which is the future of application scenarios and lifestyle, while Web3.0 provides the foundation for sustainable development, and is the future of technology development direction. Between the two is complementary, two sides of the dependence, on the future of the Internet.