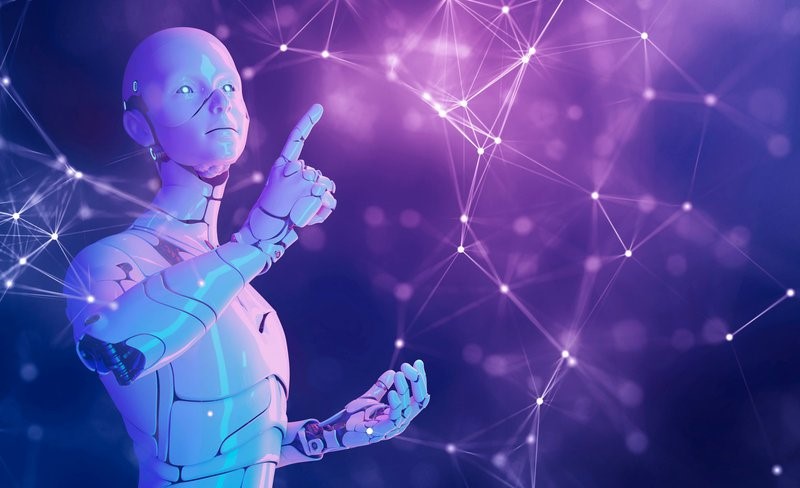 The metaverse is an important platform for the interaction between the virtual world and real society in the future. It is a new manifestation of the digital economy with huge potential. As a new thing in the frontier fields, metaverse shows a strong attraction to the information industry and various traditional industries.

South Korean telecom operator SK Telecom has been developing proprietary technology in AR and VR and launched ifland last year. The company said it will create a mixed-reality ecosystem in South Korea while pushing ifland around the world, aiming to launch the metaverse platform in 80 countries this year. So far, in South Korea, both the public and private sectors are active in metaverse-related activities, and the government has announced plans to invest more than 20 billion yen.

Not only that, but the Dubai government will open metaverse functions, and Sharad Agarwal, the chief metaverse officer of Cybergear, said that Dubai is seeking a partial transition to metaverse through a third-party organization. Dubai has previously proposed a metaverse strategy and positioned metaverse technology as an important part of the UAE’s future. Meanwhile, Spain is preparing to fund more than $4 million for metaverse-related projects. The division expects the plan to attract companies across Europe to include metaverse as part of their plans.

The market is eager to push the tide, and in the imaginative world, the word “metaverse” itself contains enough imagination. If one day the metaverse era comes, then it will be bound to subvert many existing Internet service enterprises in the process, create new enterprises to meet the needs of The Times, and change the pattern of the Internet industry. And the tech industry tends to bet on the future.

To grab the metaverse, the giants each show their talents

The metaverse is imagination with countless future opportunities, and the tech giants are reluctant to miss the wind, or they are involved in creating it and have started to work together to drive the metaverse. Meta, Microsoft, Nvidia, WIMI, ByteDance, Xiaomi, NetEase, Samsung, and other companies have all joined the metaverse. Meta (Meta) invests in hardware and applications, investing heavily in the metaverse. Meta has a clear goal, not only to dominate the underlying facilities such as hardware and operating systems but also to create new traffic growth points. At the same time, Meta has also developed metaverse applications and content to complement its layout in VR hardware. To meet people’s needs for VR life, work, and social entertainment, Meta has launched four VR platforms: HorizonHome, HorizonWorkroom, HorizonWorlds, and HorizonVenues, initially building a complete metaverse application ecosystem. 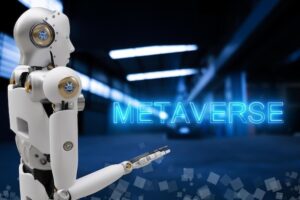 Unlike Meta’s layout approach, Microsoft (MSFT) has been focused more on the direction of the enterprise metaverse. At the end of 2021, Microsoft launched two metaverse apps: Connected Space and Mesh for Teams. Among them, Connected Spaces is a module of its SaaS product Dynamics365, which is mainly used for enterprise management. In addition to the technology level, Microsoft’s acquisitions in the gaming industry have further enriched its metaverse layout. In January, Microsoft bought Activision Blizzard for $68.7 billion, the largest acquisition in the history of the gaming industry. One of the reasons behind the company CEO Satya Nadella is that “games play a major role in the development of Metaverse.”

According to the Samsung (SSNGY) official report, The company has launched Space Tycoon, a metaverse game for Generation Z, played by collecting virtual themed accessories and virtual electronics in a virtual world. Players can collect raw materials in mining areas in the virtual world, and then combine them in the lab area to create finished products, covering gadgets such as mobile phones, TVs, watches, and more. This is not the first collaboration between Samsung and Roblox, which held a joint Superstar Galaxy / Charli XCX virtual concert earlier this year.

Nvidia (NVDA) has launched NVIDIA Omniverse, metaverse’s productivity tool, an open platform for virtual collaboration, and real-time realistic simulation. In the words of founder Huang Renxun, ” The metaverse in science fiction is already near.”Engineers can use Omniverse to simulate the digital twins of warehouses, factories, physical and biological systems, robots, autonomous cars, and even virtualization images. 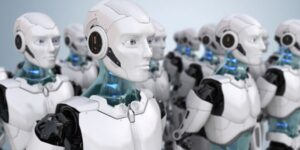 In April last year, ByteDance first invested 100 million yuan in the “Chinese Roblox” code, and at the end of August, it beat Tencent to buy VR startup Pico at a premium of 9 billion yuan. In addition, ByteDance’s first online real-time interactive community, “Party Island,” has been officially tested after several months of private testing, and users can register and use it directly. It is reported that “Party Island” is a real-time online activity community. According to the experience, we can find that users can hang out with their friends in their avatar at any time, chat and interact in real-time, participate in online activities together, and get an unexpected sense of companionship and participation.

From the WIMI Hologram Cloud (NASDAQ: WIMI) vision for metaverse, it mainly wants to drive metaverse projects through AR + AI capabilities. As the development ecology around metaverse gradually matures, WIMI has a new batch of popular metaverse applications that were born. At present, WIMI is firmly achieving its goals. On the one hand, it is providing an AR + AI platform, 5G data, and edge computing basic capabilities to serve various virtual world formats. On the other hand, through the investment and acquisition of upstream and downstream RESEARCH and development companies in the holographic AR industry, a strong holographic AR value industry chain ecology is integrated and formed, and metaverse projects such as business technology foundation and metaverse concept related businesses, including AR tourism, AR social networking, AR entertainment, virtual cultural and creative products, virtual characters, and AR guide tour, are implemented. 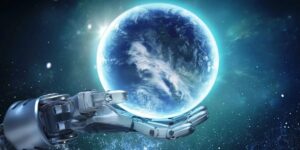 In April last year, ByteDance first invested 100 million yuan in the “Chinese Roblox” code, and at the end of August, it beat Tencent to buy VR startup Pico at a premium of 9 billion yuan. In addition, ByteDance’s first online real-time interactive community, “Party Island,” has been officially tested after several months of private testing, and users can register and use it directly. It is reported that “Party Island” is a real-time online activity community. According to the experience, we can find that users can hang out with their friends in their avatar at any time, chat and interact in real-time, participate in online activities together, and get an unexpected sense of companionship and participation.

With the tilt of policies and the gathering of giants, metaverse will usher in a good blue ocean development period, and more and more users will participate in the future. It is worth noting that, in addition to the tech giants mentioned above, many innovative companies are also targeting this blue ocean. Can they become the new giants? Will there be any prospects for a new story? In a word, the concept of the metaverse is the beautiful human imagination of the future, and we believe that when the metaverse era comes, it will bring very great changes to the world.