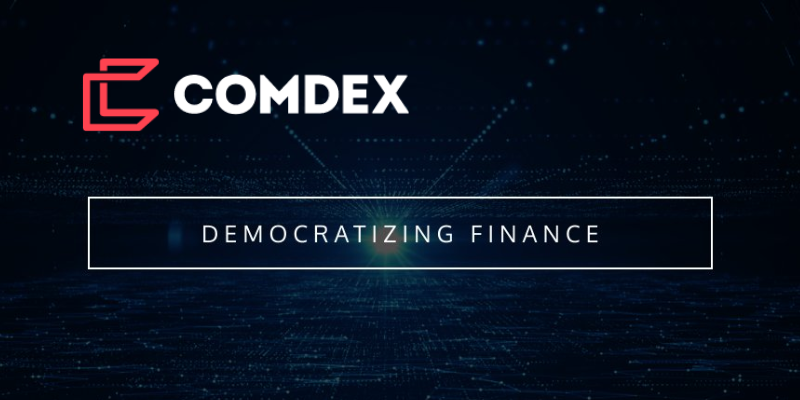 The Cosmos ecosystem has been growing at a rapid pace since 2021, creating the need for more liquidity to help the ecosystem compete with the likes of Ethereum, Avalanche, and Solana in the decentralized finance (DeFi) space. Liquidity is the main fuel of DeFi, and the role of Composite will be to ensure holders of Cosmos-based assets can swap and transfer their tokens conveniently at any time. Besides meeting liquidity demands internally, the stablecoin will act as a bridge to other major blockchains as well, making Cosmos even more universal and flexible.

Through Comdex’s multiple plug & play code modules there are many use cases. For example, one project combines several of Comdex core modules to deliver a synthetics protocol and a DEX aimed at assets. Think about oil, gold, silver, or wheat. The platform is built on the Cosmos SDK and communicates with the Cosmos ecosystem through its IBC system. This enables Comdex’s proprietary chain to communicate with all other IBC chains, including Osmosis, Crypto.org, Persistence, and Juno, among others.

How Does Composite Work?

Composite ($CMST) is a stablecoin pegged to the value of the US dollar, which means that it should ideally always cost $1.

$CMST is inspired by the model built by MakerDAO, whose DAI stablecoin is the leading decentralized USD-backed token.

Comdex’s stablecoin can be minted on-chain as a debt against over-collateralized CDPs. For those unfamiliar, CDPs (from collateralized debt position) represent positions created by locking collateral in the protocol’s smart contract to mint a new token, such as a stablecoin. In this case, users can mint $CMST by locking up Cosmos-based assets as collateral.

The stablecoin will be also related to $HARBOR, the governance and recapitalization token for $CMST. HARBOR will serve as a backstop to the stablecoin’s peg through a mint/burn-based mechanism.

Thus, all minted $CMST exists as a debt against locked collateral and accrues a variable interest APR (stability fee). This acts as the main monetary policy tool for the protocol to control the issuance of $CMST and maintain the peg. The stable coins are minted through overcollateralized CDPs. Also there is a threshold for minimum collateral) of IBC-enabled assets, which makes this system similar to DAI.

Given that Composite supports all IBC assets, the debt is backed by a diversified pool of assets, which mitigates the volatility risk related to isolated markets.

$HARBOR will also play a major role in keeping Composite safe and stable. The governance token will be used for managing policies on the protocol.

Thanks to Composite, Comdex hopes to ensure deeper liquidity on Cosmos and open the IBC ecosystem to other major chains through cross-chain communication. Besides this, Comdex plans to integrate $CMST into the payment settlements layer on its enterprise trading app for adoption in commodities trade settlements. The platform has already handled more than $160 million in on-chain trade workflows, and the new stablecoin will push volumes higher.